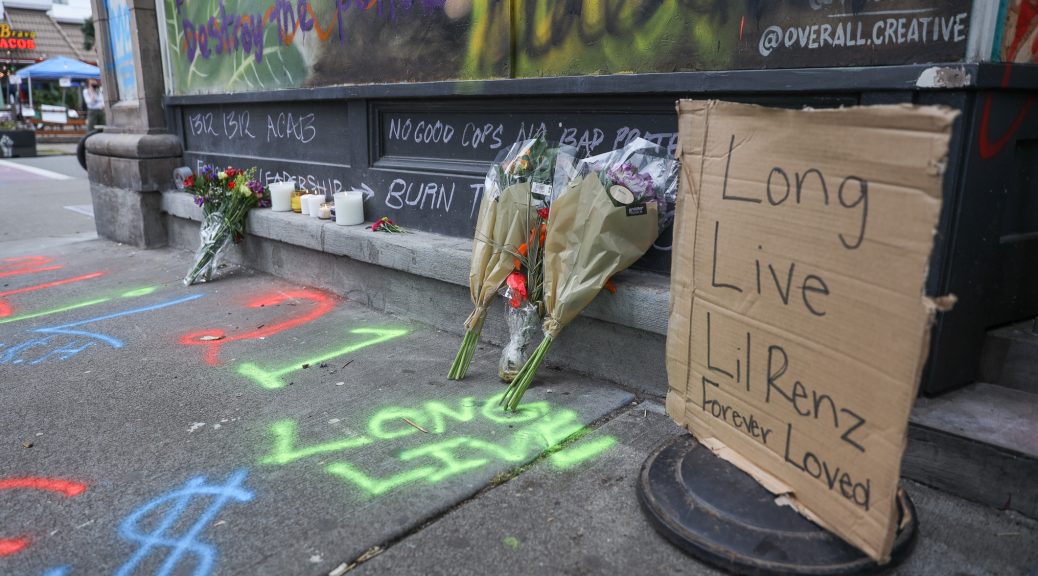 The King County Prosecutor has filed murder charges in the June 20th shooting of 19-year-old Lorenzo Anderson on the edge of CHOP as a search for the suspected killer continues.

Prosecutors say 18-year-old Marcel Long shot and killed Anderson at 10th and Pine in a fracas after what witnesses said was a night of gambling and fireworks on the edge of the CHOP protest camp.

According to the charges, Long was identified in the days following the murder but left the state and the whereabouts of the Renton resident remain unknown. He is now wanted on a $2 million warrant.

Long was identified, prosecutors say, thanks to video of the incident and information provided by several eyewitnesses after police said they were unable to collect evidence at the scene of the crime due to the presence of the CHOP protesters.

KUOW reported here on the miscommunication and mistakes that delayed Seattle Police and Seattle Fire the night of the deadly shooting.

Anderson was remembered as a student at Renton High with hopes of a hip hop career.

The prosecutor’s office says the new charges against Long do not involve the second shooting.

Meanwhile, there have also been no arrests or updates in the June 29th deadly shooting that killed 16-year-old Antonio Mays, Jr. and sent a second teen to the hospital in reported critical condition. “We know their investigation continues into the second fatal CHOP shooting on June 29, which killed a 16-year-old boy and injured a 14-year-old boy,” a statement from the King County Prosecutor’s office said.