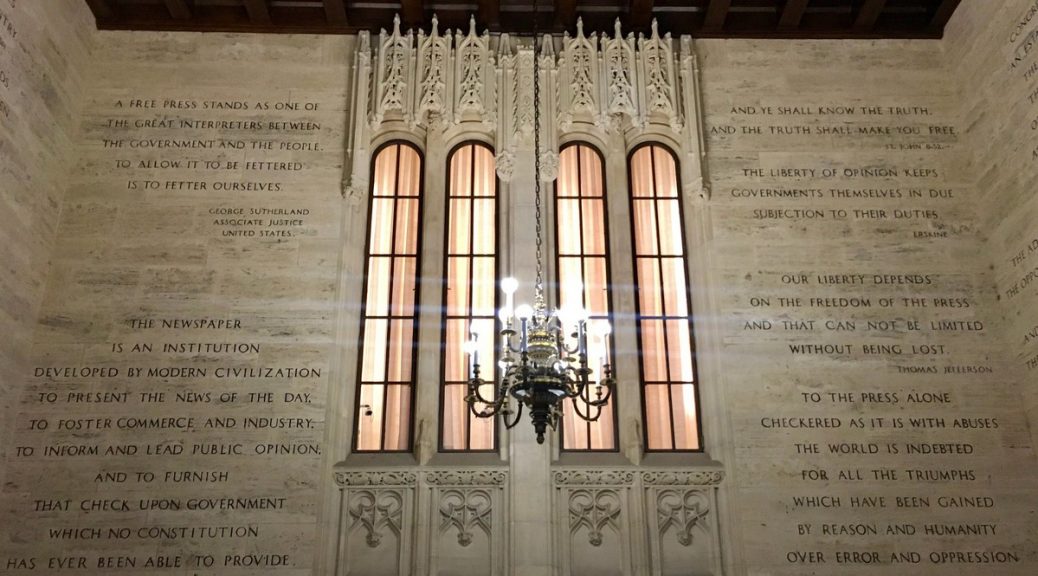 We are independent news organizations, editors, reporters, photojournalists, and freelancers working in Seattle, and we are coming together to oppose the Seattle Police Department’s subpoena seeking unpublished photographs and video taken by journalists at the Seattle Times, KIRO 7, KING 5, KOMO 4, and KCPQ 13.

This is not the Trump Administration pursuing these subpoenas. It is the Seattle Police Department, charged with serving and protecting our city. Those duties should include protecting our free press rights.

We believe that a democratic society requires a truly free press, and that the Constitution protects the rights of journalists to work independently from the power of the state. That obviously includes independence from the Seattle Police Department. Journalists cannot safely and effectively do our work if authorities can seek our unpublished notes and images as evidence. We cannot gain the trust of sources, including protest participants, if we are seen as collaborators with the police. Some of us already have been targeted with that allegation as a result of the subpoena. We cannot hold government agencies accountable if our unpublished notes and images can be scooped up and used as evidence in criminal cases.

As the Pacific Northwest Newspaper Guild wrote in a statement, “Journalists and their work product are not the agents and tools of the police.”

“We disagree in the strongest possible terms,” the Guild continued, referring to a June court decision largely in SPD’s favor. “This move by SPD and decision by Judge Nelson Lee undermines the credibility of local journalists and puts us at risk for danger.”

We stand with the Guild, the news organizations fighting the subpoenas in court, and the individual journalists who may end up in an impossible position to either betray their values of journalistic integrity or face potentially serious charges.

As newsrooms across our city have shuttered or shrunken, independent outlets and freelancers have become more and more vital, watchdogging government and telling a wide variety of stories about life in Seattle. Unless some business model comes along to revitalize or build large local news organizations, independent journalists will only become more important in the future.

SPD’s future police chief is the person who can most easily stop this case, and we urge her to do so. There is no piece of evidence that the police might discover in journalists’ unpublished videos, photographs, notes, or audio recordings that justifies this violation of fundamental press freedoms.

We also urge the police chief, Mayor Jenny Durkan, and the City Council to create clear policies to prevent another similar case in the future. Councilmember Teresa Mosqueda has introduced Resolution 31961, which calls on police to stop arresting and harming journalists during protests and urges the city attorney to stop supporting SPD’s subpoena. That’s a good start.

But the City should also develop legally binding policies to prevent or severely restrict police subpoenas of journalists’ unpublished work in the future. At its most basic level, journalism is a two-part process: Gather information, then choose what to publish. Both of these steps are vital, and both have faced SPD attacks in recent months.

When the state starts threatening journalists, democracy itself is threatened, too.

Erica C. Barnett, The C Is for Crank