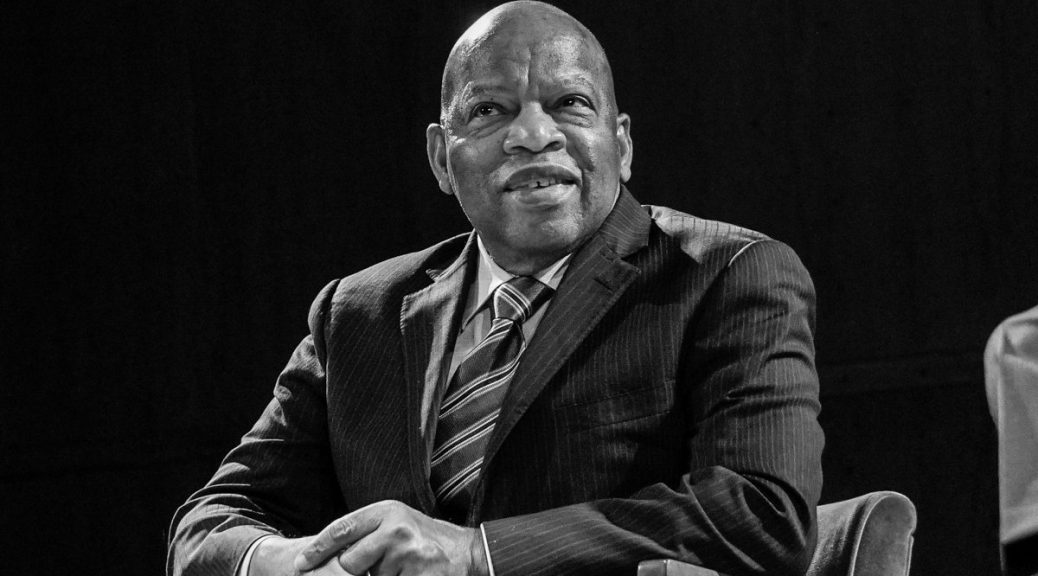 “I must make two honest confessions to you, my Christian and Jewish brothers. First, I must confess that over the last few years I have been gravely disappointed with the white moderate. I have almost reached the regrettable conclusion that the Negro’s great stumbling block in the stride toward freedom is not the White Citizen’s Council-er or the Klu Klux Klanner [sic], but the white moderate who is more devoted to ‘order’ than to justice; who prefers a negative peace which is the absence of tension to a positive peace which is the presence of justice; who constantly says ‘I agree with you in the goal you seek, but I can’t agree with your methods of direct action;’ who paternalistically feels that he can set the time-table for another man’s freedom; who lives by the myth of time and who constantly advises the Negro to wait until a ‘more convenient season.’ Shallow understanding from people of goodwill is more frustrating than absolute misunderstanding from people of ill will. Lukewarm acceptance is much more bewildering than outright rejection.”

As a longtime Jewish activist for racial justice I was appalled, embarrassed, and saddened by Rabbi Daniel Weiner’s op-ed in the Seattle Times, which, echoing the words of Martin Luther King, Jr., reeks of devotion to order over justice. Supported by other local religious leaders, the op-ed misuses the legacy of John Lewis to attack and chastise brave local activists in the Movement for Black Lives here in Seattle.

What begins as a tribute to John Lewis, written on the day he was laid to rest, quickly turns into a diatribe about what Weiner sees as unacceptable protest tactics. Weiner cites Lewis’s final essay Together, You Can Redeem the Soul of Our Nation, written for the next generation of activists, to show his support for select protests of “violence against communities of color at the hands of law enforcement.” Yet soon thereafter, Weiner chides activists for visiting officials’ homes and crossing a line Weiner draws between “free speech” and “coarse intimidation, vile messaging, and hate speech.”

Lewis, as a fearless leader for many decades in the Black Freedom Struggle, connected his own political awakening to the incredible movement sweeping our country today, visiting the Black Lives Matter plaza as one of his last public outings. Disregarding the legacy of connection between movements for change that spanned Lewis’ life, Weiner uses his article to cast Lewis in opposition to current organizers. Indeed, in an article supposedly honoring a Black leader, not only does he disrespect the legacy of his life’s work, Weiner fails to even mention the word “Black.”

Lewis was quite radical in his approach to change: In the text of his original speech for the March on Washington, Lewis argues for a revolution because “cheap political leaders … ally themselves with open forms of political, economic, and social exploitation.” Although he gave in to pressure from march organizers to soften his speech after it was leaked to the press, he stood by his original words. By putting pressure on elected leaders who refuse to support the safety and dignity of Black lives, activists in Seattle are following in John Lewis’s footsteps.

Weiner dishonors Lewis’ true legacy of fighting anti-Black racism with his inaccurate claims that officials “endure a nightly assault on their homes.” Weiner warns us that these “acts of wanton abuse … if left unchecked, will inevitably lead to violence, tragedy, and a vicious cycle of hate and recrimination.”

Given his hyperbolic language, one might think protesters are fire-bombing officials’ homes instead of simply marching there to talk with them. As one protestor told KING-TV, “Clearly, emailing and calling them is not working, because they don’t respond — they don’t even reach back out. But the second you show up to their house, they want to come out and talk.”

In fact, councilmembers Lisa Herbold and Teresa Mosqueda and City Attorney Pete Holmes came out and talked to the activists on August 2. Talking with elected officials outside their homes is not abuse, intimidation, or an assault that would lead to violence. It is non-violent activism.

While he likens non-violent marches to assaults, Weiner does not condemn Seattle Police Department’s violent assaults on protestors or specify its history of killing Black and Native people, the very reason activists are demanding officials defund Seattle Police Department (SPD). SPD has a shameful record of violence, including the murder of Native wood carver John T. Williams in 2010 and the 2017 murder of Charleena Lyles, a Black pregnant mother who called the police for help and ended up being murdered by them in her own house in front of her children.

In his original speech, Lewis also wrote “we must say that ‘patience’ is a dirty and nasty word. We cannot be patient, we do not want to be free gradually. We want our freedom, and we want it now.” Activists in Seattle also want freedom now, and their demands have recently helped usher in countless successes in Seattle, including kicking cops out of schools, kicking the police union out of the King County Labor Council, closing the youth jail, pushing out the chief of police and shrinking the police force and police wages, and defunding sweeps of people who are houseless.

The Talmud (the book of Jewish Law), Shabbat 54b, tells us,

In any sphere where we have influence, it is our duty to protest the sin of anti-Black racism. As the City Council takes up the issue of defunding the police and investing in Black communities, there is only one place for Jewish and other religious leaders to show up: at the backs of these activists who are bravely challenging the legacy of anti-Black violence in our city, our state, our nation, and across the world.

Wendy Elisheva Somerson is an activist, artist, and healer who also helped found the Seattle chapter of Jewish Voice for Peace. JVP-Seattle is in solidarity with this op-ed.