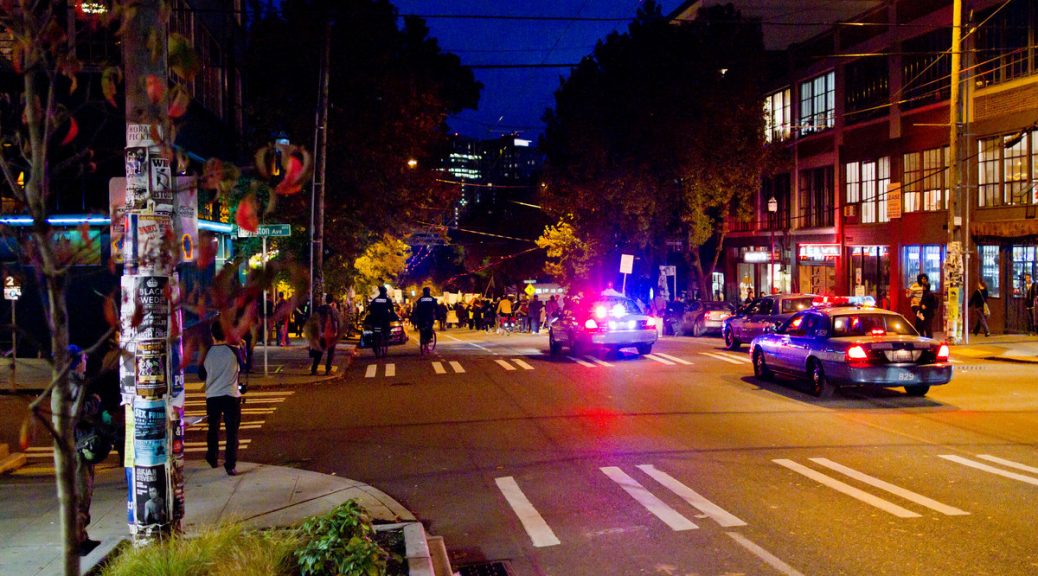 The King County Medical Examiner’s office has provided The C Is for Crank with more information about the Black man killed by Seattle Police Department officers on May 19 in Lower Queen Anne. His name was Terry J. Caver, and he was 57 years old.

The incident occurred at about 3:20 p.m. when at least four officers, including one with a dog, responded to a series of 911 calls describing a man displaying a knife and chasing pedestrians at the intersection of West Harrison Street and Elliott Avenue West, according to images from officers’ body cameras.

Images from body cameras show that the officers approached Caver and demanded that he get on the ground, and Caver continued to walk south on Elliott. A few seconds later, he broke into a jog and threw a piece of clothing back at the officers, revealing what appeared to be a kitchen knife. The officers chased him, and Caver yelled, “You’re going to have to kill me.” When he stopped and turned back to face the officers, two of them — Officers Christopher Gregorio and Matthew Milburn, neither of whom have prior shootings on their records — opened fire. Caver was pronounced dead at the scene when Seattle Fire Department medics arrived.

Per standard procedure in the aftermath of police shootings, representatives from the Office of Police Accountability (OPA) and the Office of the Inspector General were present for the initial investigation, but neither agency is investigating the incident; according to OPA director Andrew Myerberg, nobody — including his office — filed a complaint that would trigger an investigation.

Instead, SPD’s own Force Investigation Team will review the details of the shooting and present them before the Force Review Board for a final ruling. The review board is composed of eight SPD staff (and both the OPA director and the Inspector General as non-voting members).

After the killing of Iosia Faletogo on New Year’s Eve in 2018, SPD began collaborating with the King County Sheriff to review use-of-force cases. As a result, the Sheriff’s office is also reviewing the incident.

We have yet to find any other information about Terry Caver’s life, but this update feels incomplete without something that could cast light on who he was. Our sources are fairly certain he was unhoused, and it is unclear whether he has any living relatives who might be able to offer more details about him.

If you are able to provide any additional information on Terry J. Caver or this story, you can email paul@thecisforcrank.com or editor@southseattleemerald.com.

Paul Kiefer is a freelance journalist, historian, and born-and-bred Seattleite. He has published work with KUOW, North Carolina Public Radio, and The Progressive Magazine, and he is currently working on a podcast for KUAF in Fayetteville, Arkansas. He was recently hired on as the police accountability reporter for The C Is for Crank.