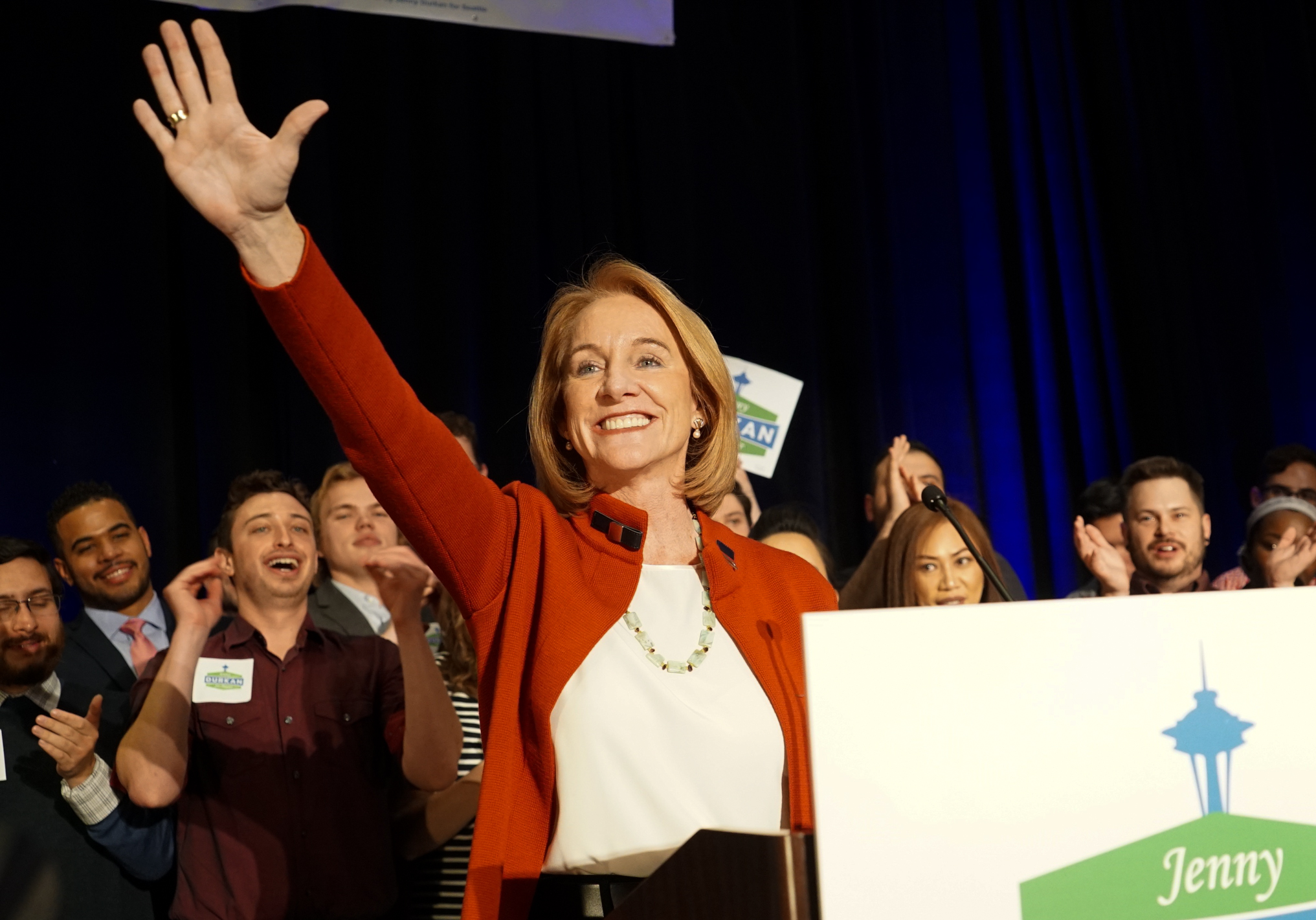 In early June, Grace Harvey’s doctor ordered them to leave their house for several days. It wasn’t because their normal living conditions were unhealthy. It was because a significant amount of the tear gas Seattle Police Department (SPD) officers used against protestors on Capitol Hill had leaked into their house, and Harvey has pre-existing medical conditions.

“And it was like, ‘Okay, thank you for that input, but I can’t leave my house indefinitely,’” Harvey said with a laugh.

Still, Harvey did as they were asked and ended up staying elsewhere for two days. But they also decided enough was enough and started a Change.org petition to gauge the public’s interest in a recall election for current Seattle mayor, Jenny Durkan. That petition has since snowballed, and Harvey has become the Chair of the Recall Durkan campaign, whose name is as deceptively simple as its overall goal: to hold a recall election for Durkan.

But back in June, the state’s supreme court was the last thing on Harvey’s mind. They said they honestly never expected something like this to happen, particularly since, at the time they filed the petition on Change.org, there were several online petitions in the same vein. They weren’t sure they’d get a response. And, at first, they didn’t.

In retrospect, Harvey thinks their petition garnered such a response because it included several links not only to news articles covering recent events, but also the history of recall elections in Seattle as well as links to the exact legalese that lays out the public’s right to hold a recall election.

Once Harvey saw how much speed the petition — which has garnered almost 43,000 signatures, as of this writing — was picking up, they knew they were going to have to prepare themselves for a campaign. So, they started reaching out to people, and found volunteers who currently serve as the campaign’s core team.

The campaign filed initial charges against Durkan in mid-June, and while King County Superior Court Judge Mary E. Roberts dismissed six of the seven charges, she allowed the seventh charge — one that alleges Durkan allowed police to use tear gas and other crowd control weapons that target the respiratory system on protestors during a pandemic that affects the respiratory system — to go forward.

Durkan asked Roberts to reconsider her ruling, based on the claim that it isn’t Durkan’s job to oversee the police, but Roberts declined, agreeing in a written ruling with the campaign, which argued that now-outgoing Seattle Police Chief Carmen Best works for the mayor and that any decisions ultimately rest with Durkan herself.

“The mayor tried to narrow the way that the judge ruled on the charge that stuck to say that it only applied to changing police policy — that that was the only thing we were saying that she failed to do, and that was the only thing the judge should have done,” Harvey said. “And so, they said, ‘Because you only said that we had to change police policy, here is our proof that we are under no obligation to do so and that we’re not allowed to do so.’ Which is false.”

Harvey said this is false, because the consent decree, on which the mayor’s legal team based this argument, doesn’t specifically limit any actions, “it just says that there is a process by which you must get the action approved.”

“And [Durkan] has made no effort to actually put in place anything that would protect people from respiratory irritation,” Harvey said. “It’s an interesting argument. If I was her counsel, I definitely wouldn’t let it go, especially since [Judge James L. Robart] — he’s the judge on the consent decree — has been a little more on the city’s side. I understand the legal basis [of his position], but it’s interesting.”

Though recall elections in Seattle have been few and far between, they have happened — three times, to be exact — and have been largely successful, going by strict percentages. Of the three Seattle mayors to face recall elections, only one survived, while the other two were ousted in 1911 and 1931 respectively. Other cities in Washington State have also held recall elections, with one of the most recent successful ousters in Spokane in 2005.

Aside from tax policy, Harvey doesn’t have a background in law, but this hasn’t dissuaded them from leading the charge to take on the mayor’s office. Harvey actually thinks this lack of formal legal background is important, because the law should be accessible to everyday citizens.

“Recall is a process for the voters, not for lawyers, and if someone without a legal background can’t do it, then the system is broken and needs to change,” Harvey said in a later email to the Emerald.

Still, Harvey knows that the Recall Durkan campaign has a difficult battle ahead of them, particularly since they must show that Durkan ran afoul of the public interest by not committing an act, rather than committing one. Essentially, they said, it’s like proving a negative.

Harvey said that the case rests on the “manifestly unreasonable” argument, which, in this case means the campaign contends that Durkan “before the eyes of God and everybody … royally messed this up, and continued to for months.”

“And that’s … officially what falls under the definition of manifestly unreasonable. So, it’s a hard argument to make, but this is definitely the situation that it’s for,” Harvey said. “This is why her duty and her oath of office has a fair amount of wiggle room.”

To be clear, Harvey said, they don’t have any one specific person in mind to become mayor, because that’s not what this campaign is about. It’s about allowing the people to exercise their rights, when faced with a leader they believe to be acting inappropriately.

“You assault your boss, you don’t get to keep your job. It doesn’t matter who gets hired after you … you are 100% fired,” Harvey said. “People ask me a lot who I want for mayor. … The whole point of recall is that this goes to a vote, and people decide. I am one vote among many.”

Durkan’s office responded to the Emerald‘s request for comment, saying in a short emailed statement that that the mayor “has consistently acted to protect the public health and safety of residents during the pandemic, economic devastation, and demonstrations for justice.”

“As her counsel challenges the legality of this petition, the Mayor will remain focused on how to provide support for small businesses and workers who have lost their jobs, preparing the City’s 2021 budget, slowing the spread of COVID-19, and working to transform policing and community safety,” the statement reads.

As of this writing, Durkan’s legal team has not filed a brief with the Washington State Supreme Court, which means her notice of appeal has no new arguments on which it’s based. The Emerald will update this story if a brief is filed.