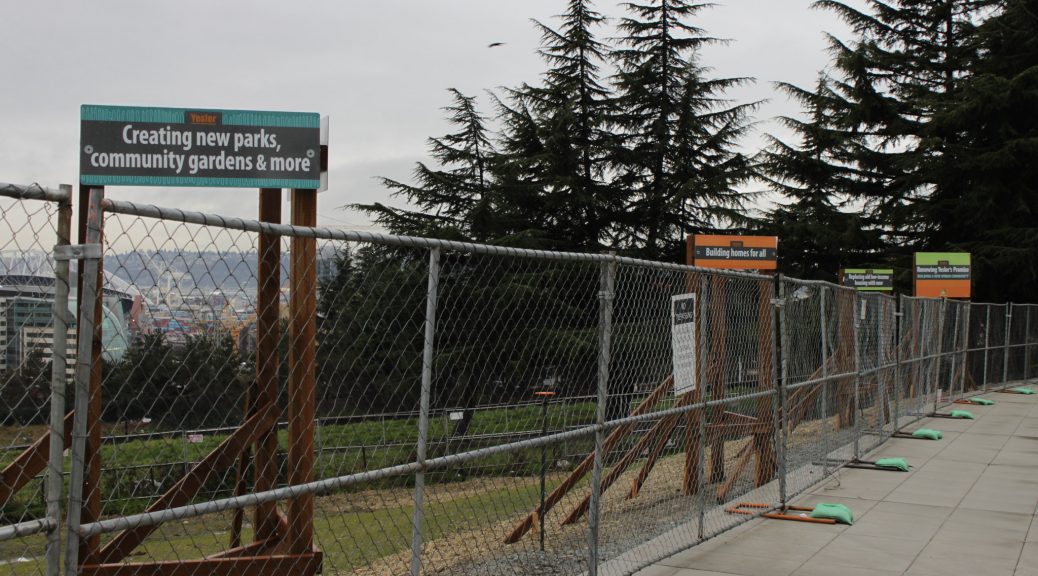 In an effort to speed up the construction of housing for people experiencing homelessness during the COVID-19 pandemic, the City of Seattle is investing in 599 new permanent supportive housing units.

“COVID-19 has forced us to reconsider, how do we do more? How do we do it more quickly?” said Mayor Jenny Durkan during a Wednesday press conference announcing the funding.

While the City usually funds two permanent supportive housing projects per year, the City is using $60 million from the Housing Levy to invest in six buildings at once, which will also be supported by state and federal resources.

The housing will be built on an accelerated timeline because the COVID-19 crisis made it more urgent than ever to create permanent affordable housing faster, Seattle Office of Housing Director Emily Alvarado said.

“We know that the thousand of individuals who are experiencing homelessness in Seattle and across the state could not stay home,” said Alvarado. “And the trauma of living homeless falls disproportionately on Black, Indigenous, and people of color.”

One of the projects the Office of Housing will invest in is Sacred Medicine House in Lake City, which will provide 125 housing units, and include support services from the Chief Seattle Club, which serves urban American Indians and Alaska Natives.

Colleen Echohawk, executive director of the Chief Seattle Club, recalled running into an elderly woman at the club’s day center in the early days of the COVID-19 pandemic. The woman said she had been living in a shelter but was so concerned about her lung problems and health that she had moved into a tent, far from family and support services.

Echohawk was glad the new “Indigenous-informed” ” Sacred Medicine House project will be able to provide services to people like this woman. “This is what equity looks like,” she said. For those who will one day move into the building, “we know that you’ve been hurt and abandoned and left unprotected for much too long, and so we want to invite you into your new home.”

All but one of the six projects the City will invest in this year are located in north Seattle, including Bitter Lake, Green Lake, Greenwood and Ballard. One project is located in the Central Area. Each building has a service provider, and they include the Downtown Emergency Service Center, Catholic Housing Services, Plymouth Housing, and the Low Income Housing Institute.

The site locations were not directly chosen by the Office of Housing, Alvarado said — generally, they are selected from applications submitted by the housing developer and provider, who already have a location in mind. In previous years, she noted, several permanent supportive housing projects have been built in South Seattle, including Hobson Place in North Rainier, Mt. Baker Family Housing, and others.

“We really take a long view at looking at where our investments are made, ensuring that over the many years, we are providing housing choice across the city,” Alvarado said.

Chetanya Robinson is a Seattle-based journalist