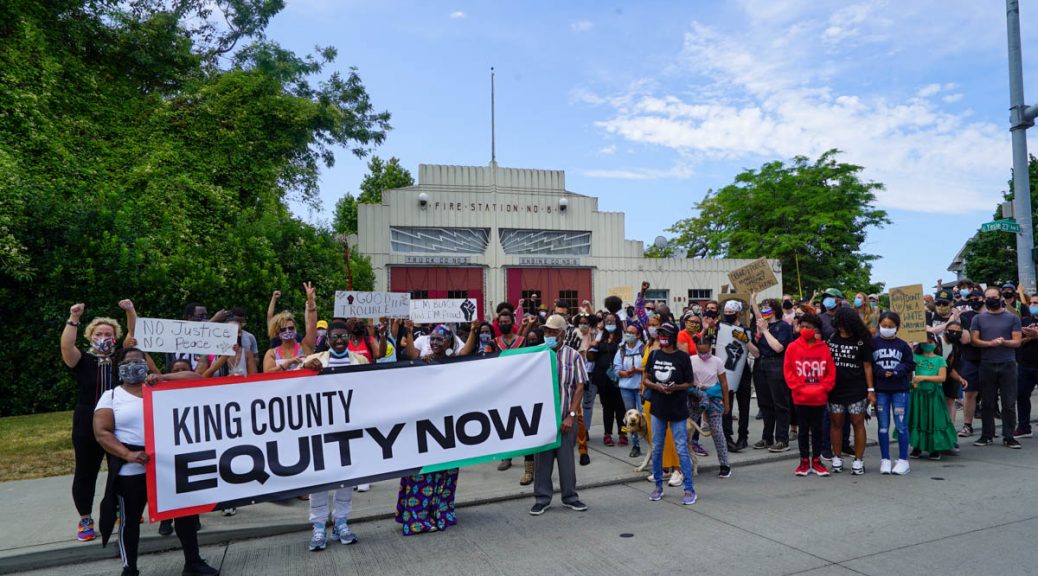 On Friday the King County Equity Now and Decriminalize Seattle coalitions demanded that the funds from Mayor Durkan’s commitment to channel $100 million dollars of the city’s 2021 budget to BIPOC communities, go through a participatory budget process to ensure BIPOC communities control where this money goes.

“If [Mayor Durkan] is truly committed to supporting BIPOC communities, she’ll let the BIPOC communities design and control the process which guides where this money goes,” Nikkita Oliver, community organizer with Decriminalize Seattle and King County Equity Now, at a press conference on Friday.

While the Mayor’s statement detailing the commitment, says that the $100 million dollars will be invested “in organizations focused on BIPOC communities,” the coalitions are looking to get rid of any ambiguity in how funding will be distributed. Instead they plan to provide for an inclusive conversation where individuals in BIPOC communities decide how to best allocate these funds.

“Young people affected by gun violence, affected by this new youth jail, affected by failures within the education system, within the school-to-prison pipeline have never had a significant voice in how dollars that are supposed to keep them safe and healthy are spent,” Oliver said.

As opposed to speaking through city council members or outside organizations, the participatory budgeting plan outlined by the coalitions would specifically allow members of BIPOC communities and those who have been affected by gun violence, police brutality, failures within the education system, and youth detention to have a direct role in deciding where funding goes.

In a 12 page blueprint detailing their proposal of police divestment and community reinvestment, the coalitions first call for initial investments from the SPD budget cuts to go toward participatory research, a community-oriented way of researching that is based on a cycle of reflection and action, and re-envisioning community safety, which will inform the 2021 budgeting process.

According to members of King County Equity Now, this first step in the process is already underway although unfunded.

The coalitions intend for the city-wide participatory budget plan to kick off in January of 2021. Following a procedure where community members will be able to show their areas of expertise and leadership, various individuals from the community will be designated by BIPOC communities to form a steering committee. This committee will then outline the model of collaboration involved in the participatory budgeting process.

In addition to announcing the demand for a participatory budgeting process, members of the coalitions re-emphasized that the demand for defunding the SPD budget by 50 percent remains.

“Defunding the Seattle Police Department by 50 percent remains our goal, we expect the city council and Mayor to meet that goal,” said Shaun Glaze, the research director of King County Equity Now. “All of the participatory processes in the world won’t truly generate true public safety and public health for Black community members for our Brown and Black community unless we’re divesting from the Seattle Police Department, the courts, the jails, at the same time that we take that money and reinvest it in the community.”

The coalition also laid out a vision for creating community hubs run by BIPOC, with case managers to address areas of need as opposed to SPD. The hubs would be staffed with people trained in social service, advocacy, and de-escalation and violence interruption.

“Moving past policing is what community needs. SPD has a history of policing Black lives. Policing is inherently dangerous. We have to address and atone for the harms done,” said Sadé A. Smith,  Attorney at Law. “With the death of Charleena Lyles and Shaun Fuhr, we have to move past policing towards community programs like Creative Justice and Community Passageways.”

At the time of publication, the Emerald had not received a response from Mayor Durkan’s office for a request to comment on the demand.