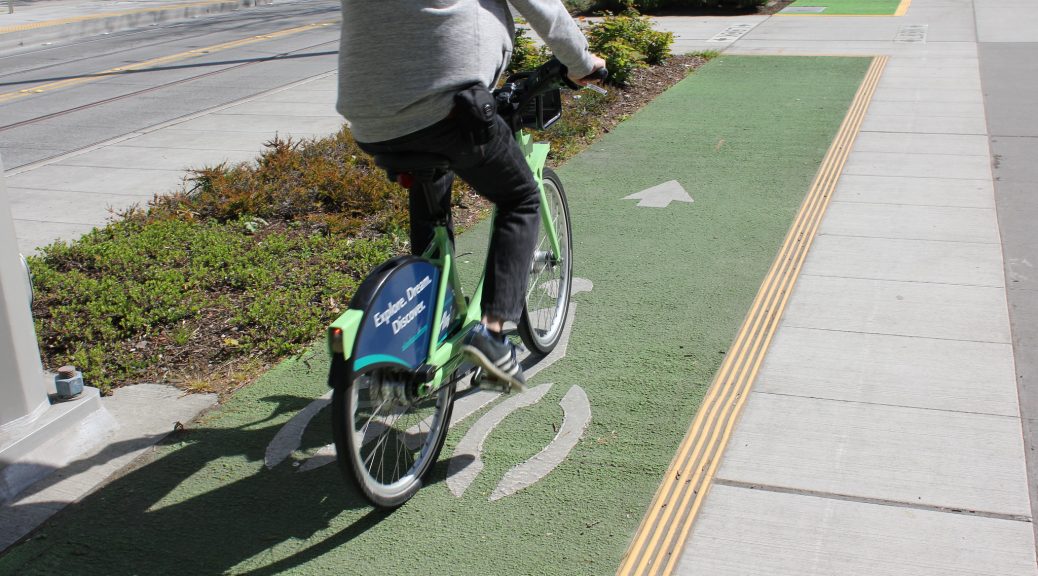 The new Beacon Hill Bike Route Project will bring new bike lanes and greater connectivity to Southeast Seattle in three segments, from the Dr. Jose Rizal Bridge to the intersection at Beacon Avenue South and 39th Avenue South. The plan is now in the early design phase for the first segment, which extends from the Dr. Jose Rizal Bridge to South Spokane Street, and the Seattle Department of Transportation (SDOT) is actively seeking feedback about potential bike routes. Community members can find out more through online information and Q&A sessions as well as sign up for email updates, and take an online survey available through August 26 here.

The first online information session with community Q&A happened on Wednesday, August 12. According to Communications Lead Lisa Harrison, the session “is just the beginning of outreach efforts.” During the meeting, Project Developer Serena Lehman gave an overview of the Beacon Hill Bike Project, how it ties into the city’s greater Bicycle Master Plan, and the potential bike routes for segment one. Bike routes for segment two (along Beacon Avenue from Jefferson Park to the intersection at South Columbian Way) and segment three (from South Columbian Way to South 39th Street) have already been selected.

Lehman explained, “In 2019, SDOT conducted outreach around the city to find out about the community’s priorities for having places to bike in their community. We heard clearly that it was important to have more routes in Southeast Seattle to connect people to the neighborhood and job centers, specifically on Beacon Hill. The Beacon Hill Bike Project was created in response to what we heard.”

Among the factors SDOT considers when planning bike routes are connections to community assets like grocery stores and transit centers, how direct a route is, safety, topography, and community feedback. If a route goes through a residential area, that could mean establishing it as a neighborhood greenway, with increased speed humps, stop signs, and sidewalk repairs. If on an arterial street — high-capacity streets shared with cars and buses — that might include vertical protections like posts for the bike lane or floating bus stops between the roadway and bike lane.

The southern portion of segment one continues from South Forest Street to South Spokane Street. The first southern alternative is on Beacon Avenue, the most direct route option, but would require more pavement repair work. The second southern alternative has more turns, but follows a lower-stress street while still providing access to businesses and bus stops.

Residents can read a transcription of Wednesday’s information session, see maps of the bike route options, and make their voice heard at SDOT’s Beacon Hill Bike Project website. Construction is slated to begin in 2022.

The Bicycle Master Plan intends to increase rideability, safety, connectivity, and equity among a population that’s expected to increase by 120,000 in the next 20 years. Among the benefits to increased bicycle commuting is a reduction of 40% of greenhouse gas emissions in Seattle from roadway transportation. Since creating new bike lanes can lead to sidewalk construction, changes to street parking, and other factors, a key component of the Bicycle Master Plan involves community input.