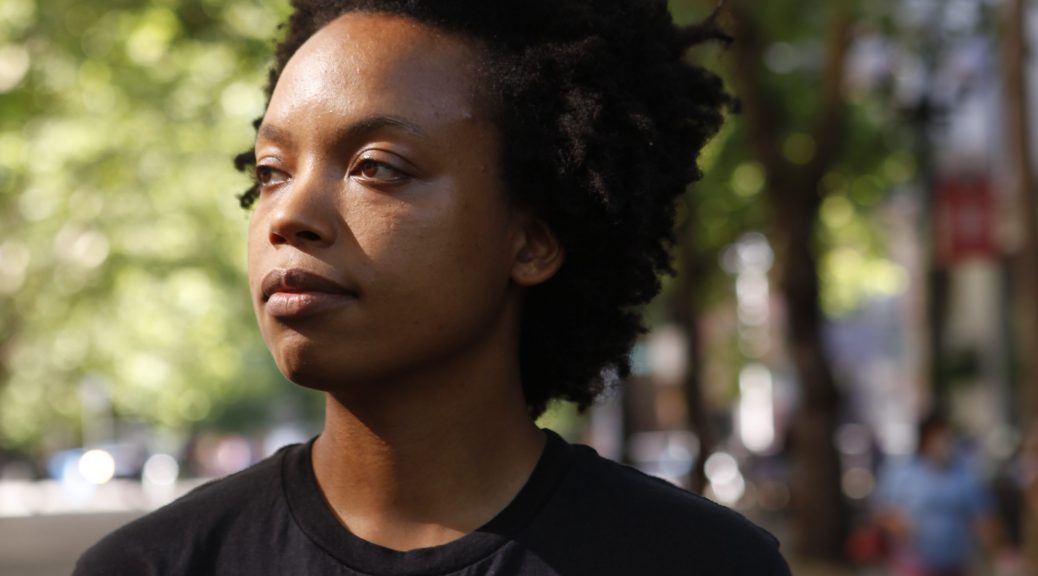 Seattle native, visual artist, dancer, Black Lives Matter muralist, and the owner of T-Dubs Customs, Takiyah Ward, has been selected as the 2020 Seattle Waterfront Virtual Artist-In-Residence. In a telephone interview, Ward shared her roadmap for the residency and her thoughts on life as an artist.

“So it’s different for me, in a sense of I’m not the artist making the work,” Ward said. “I’m creating the framework for the artists to then engage with.”

Friends of Waterfront Seattle (“Friends”), in partnership with the City of Seattle’s Office of the Waterfront and Civic Projects, chose a virtual artist-in-residence to create a public art framework that incorporates elements of the Seattle Waterfront Art Plan and guides a broader call for artist submissions for late Summer/Fall 2020 art installations, activities, and activations.

For Ward, it’s refreshing to see artists empowered to create the framework and calls for artists, which is nearly unheard of in “traditional institutions” in the art world.

“So they’ve basically kind of given me a freer rein to imagine and to create, you know, what this type of public art engagement looks like and how it works for artists from an artist perspective,” Ward said.

What that framework will look like exactly was only a “mirage” for Ward as she was in the early weeks of her residency at the time of this interview, but she was certain that it would focus on artist collaboration, a variety of art forms, freedom of artistic expression, and fair compensation.

“It’s putting the artists first,” Ward said. “Having timelines and restrictions and things like that, they are necessary, but making sure that the burden of these things isn’t falling on the artists [is also necessary]. And making sure that the compensation is substantial, you know, and it’s something that could actually be used and benefits [the artist] further than the project.”

Ward has worked many free gigs and gigs that gave her just enough money for gas there and back, but she said that she knows working like that isn’t sustainable in this world. She still needs to eat, to have shelter, to live. An unfairly compensated artist is an artist who will need to choose between their art and survival, a choice Ward’s mother faced.

“Being a single mom forced her to kind of put her creativeness aside so that she could then build a future for her children,” Ward said. “It was like a thing that she used to do … but I always thought that it was so interesting because she’s very talented. And I actually found a couple of drawings that she had done and was just like, ‘wow, these are fantastic.’ You know? And so to think of your mom not only being an artist, but a really good one … And to think about her having to put that aside, to not draw, to not paint, to not create in that way … you don’t want your parents to have to choose between something that they love and something … that they love to do. You know, [between] something that gives them joy, that gives them life, that gives them relief, and what needs to be done to put food on the table, to keep a roof over the head…. …  I understand that that’s how life is. I wish life wasn’t like that.”

Takiyah Ward’s mother chose her children. She chose to kindle her daughter’s talents — she put Ward into ballet when she was just four years old, she gave her an easel and encouraged her to draw, and she stoked her creative flame and ambitions. And it’s a flame that has blazoned Ward’s artistic road and that helps to illuminate her vision for a kinder and more equitable future: a framework that makes it easier for artists from all walks of life to participate in the art world and a future where artist calls focus less on “energy of competitiveness” and more on artists working together to achieve a common goal. “That’s kind of what I want to foster with this residency,” Ward said.

Ward sees collaboration as an important tool, but she enjoys working alone. Solitude is where she can master a discipline, pour a large part of herself into the work, and then see what new artistic modes of expression she can explore. She studied at the Pacific Northwest Ballet but eventually became a freestyle dancer because it allowed her to “not necessarily be locked into any sort of style or training method.” And the journey was similar in her work as a visual artist. She painted sneakers while attending Garfield High School (2001–2005) and turned her hobby into T-Dubs Customs because she didn’t want to feel constrained to any specific canvas.

“And so, when it came time for me to sort of like figure out what my art was going to be… instead of going to, you know, a regular canvas, I ended up with a sneaker in my hand,” Ward said. It was a process that freed her from any rigidity about what kind of “canvas” she was going to use. “…whether it be a wall or a briefcase or a sneaker or a jacket or a hat, I’m here to express in the way that needs to be expressed, no matter the canvas and also no matter the style. And I think, just being a freestyle dancer and being a sneaker customizer has allowed me to just remain open to any type of method of artistic expression.”

For Takiyah Ward, artistic spaces should never confine. Teachers, mentors, institutions, financial supporters, and even the boundaries of the artistic form should not define who the artist is to become or what path they will take. And she always knows it’s time to move on when a space becomes too restrictive. She has to choose if she will either become what “this space wants me to be, or I can take what I’ve learned and create something new.” It is a crossroads.

“It’s like a fork in the road kind of deal. Like either you go that route or you take what you’ve learned and you make a new route. So I’ve always been that type of person. I think I want to make a new route and not necessarily go the route that’s been most traveled.”

Since our conversation, Takiyah Ward has posted the first Seattle Waterfront Virtual Artist-In-Residence call for artists, and it’s open until August 28, 2020.