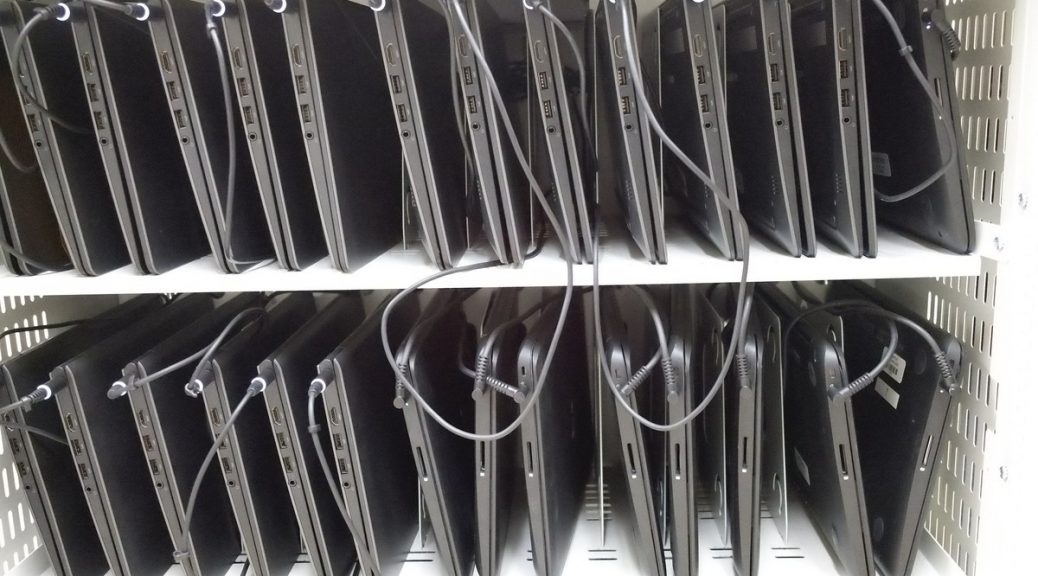 The first time Eben Pobee “saved” someone’s life with technology was when he created a simple pivot table to organize and summarize one million points of data. An immigrant from Ghana and a certified financial analyst, Pobee was a Microsoft Excel whiz with a good head for details and systems thinking. The project required him to wrangle a scrambled monstrosity of data governed by millions of rules. It was essentially a data nightmare. But it was the kind of nightmare that Pobee was more than eager to plunge into, and that much was obvious during our telephone interview.

“When I went in there, the project had been there for two years and nobody had tackled that because it needs a lot of thinking to do it,” Pobee said. There was a light playfulness to his voice as he shared the story of his first big job building systems. “Well, coincidentally and sadly, the manager who was tasked with that had 60 days to work on it or he was going to be fired.”

The average person might have shied away from such an impossible task, but Pobee didn’t want to see the manager lose their job if he could do something about it. So he went to work. He took his laptop home every night and worked for many hours, deep into the evening. His wife became agitated and complained about all the hours he spent working. But Pobee wasn’t deterred. He told her, “I have to do this to rescue somebody’s life.” That’s Pobee, always thinking of others.

Pobee has had a longstanding interest in systems and software. As a young man, he was always hungry to learn and master technology tools that could help him organize data, but it was challenging because access to computers and software in Ghana was limited. Eventually he learned Microsoft Excel without taking a single class or workshop. He is completely self-taught. He became so skilled at working his spreadsheet magic that he developed an equitable cost allocation system for a $65 million communications project managed by Pierce County and Pierce Transit.

“I always say Excel is my baby,” Pobee said. “ … I loved it and I studied it and I was so conversant with it years ago, before I even traveled to the United States … And that’s how come I was able to succeed in using Excel to do what I did for the County.”

But his work for the County came after creating the little pivot table that could. Working almost every hour of the day to help the manager keep his job, Pobee took the labyrinthine “million points” of data and fit it into a system that would allow anyone to extract important data points: equipment costs, shipping dates, depreciation, residual value, and more. He didn’t finish the project in 60 days — it took him 90 days to conquer the Herculean task. But the manager didn’t get fired. Long before 60 days had come and gone, it was clear to his superiors that Pobee had a firm handle on a project that had frustrated so many others before him. And when it was done, Pobee had proven that he was capable of doing great things even beyond what the job required — and that was appreciated.

“This man came to me and cried on my shoulder and said, ‘you saved my job, my family, and everybody,’” Pobee said. “So it was just fulfilling to go in and do that at that time.”

It’s fulfillment that Eben Pobee is after — in his work and life — and he obtains that sense of fulfillment from helping others overcome their struggles. This journey has taken him full circle — he is now helping schools in Ghana organize financial and personnel data through his startup EPOBS. His father-in-law is running a Ghanaian elementary school, Life Gate International Learning Center, and Pobee has watched him struggle in the past to keep an accounting of expenditures.

“I realized he was struggling a little bit on accountability,” Pobee said. “So I said, ‘I’m just wasting time. Why can’t I just build a system that can monitor every transaction that goes into this system and out of the system, just by building and starting from a spreadsheet, just like this project was?’ So I just built an all-around spreadsheet to capture income and expenses.”

Pobee isn’t technically a “software engineer” but he has an MBA and a good head for solving problems. He leveraged his skills to plant the first seeds of what would eventually become EPOBS, the software system that helps private and public schools in Ghana track financials as well as personnel data. First he created a workbook with Excel and then imported it to Google Drive so that Ghanaians who didn’t have access to Microsoft products could access the tool via Google Sheets. His father-in-law’s school signed up to use the program, then another school, then another. There was a fledgling demand for what he was offering — he had to make it an official software with a user-friendly interface.

“I said, ‘no, this has got to be a software [program] rather than just a workbook,” Pobee said as he discussed the origins of his startup EPOBS. “ … it is so tedious working in a spreadsheet if you are not so much comfortable with it. So then I moved forward in getting a team together. … ” Pobee hired software developers to help him with programming and EPOBS version one was launched in 2019. Version two is scheduled to launch by the end of August 2020. I wondered if he ever felt intimidated by the process — after all he had only just arrived in the U.S. in 2013 and he wasn’t technically a “developer.” He nearly laughed at the idea; lack of confidence wasn’t something he had ever considered. But he does have one key motivation.

“The number one thing that motivates me to do anything is the fear of failure,” Pobee said. “I am always afraid to fail … So when I’m in I have to make sure I succeed, whether rain or shine. So that’s kind of my motivation. So if I’m going to fail, I will give it my very best so that when I’m failing, I fail big.” And Eben says that even if he does fail big, he is confident that he can pick up the pieces and give it another good-faith try.

What does it take to keep that level of confidence and to fail/succeed big? Eben says that he has been doubted by others and had his “core competencies” constantly questioned even after proving himself. But he doesn’t let it discourage him or knock his belief in himself, and he doesn’t think young entrepreneurs should either. But he insists that they must show up to the table with real value.

“Get your act together,” Pobee said. “Know what you are doing and do not ever show yourself unprepared. That’s all. Because the moment you know what you’re doing and you have your hands really wrapped around it, you are respected regardless. I’m not saying you will not come [up] against people trying to discourage you or damage your reputation or anything, but the fact that you have it all together alone commands respect.”