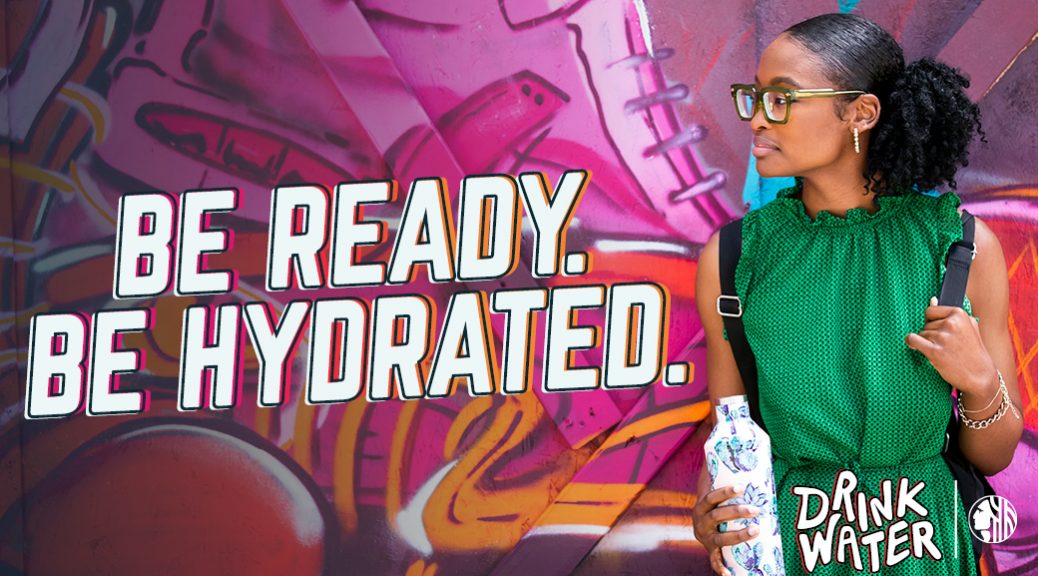 Seattle has some of the purest and best-tasting tap water in the country, but many people around the city — particularly youth in the South End — are being marketed unhealthy beverages that end up costing more than their vital counterpart.

Sugar-sweetened beverages are advertised to BIPOC youth in the South End of Seattle more than any other demographic in any part of the city, but the community-led public awareness campaign “Be Ready. Be Hydrated. / Prepárate. Hydrátate.” started in July to provide knowledge and tools to help combat the issue through social media, art, and other multimedia platforms. A survey by the campaign that reached more than 500 people showed that respondents — primarily representing Black, Latinx and low-income youth and young adults from around King County, but primarily in South Seattle — drink more than three times the recommended sugary beverage consumption because that is what is marketed to them. The main goals of the campaign are to: reduce demand for sugary beverages; expose the motives of the producers of sugar-sweetened beverages and the deceptive marketing tactics they use; highlight the adverse health effects of sugary drinks; and to promote healthier alternatives.

Funded by Seattle’s Sweetened Beverage Tax, the campaign was created by a coalition of local community partners — including Hip Hop is Green, Black Stax, The Service Board, and the Latino Community Fund — as well as an additional 40 young people connected to those organizations. These youth attended a Youth Coalition Kick Off in February to brainstorm ideas for the campaign and 10 of those individuals continued to work at multiple workshops over the subsequent months to contribute firsthand experience and suggestions for the campaign’s overall design. These workshops allowed the young people that are being affected most by the marketing of sugar-sweetened beverages to promote the ideas they thought were most important for their peers to receive. Launched in July, the campaign is focused on South Seattle residents, is bilingual, and is keeping in mind that the targeted communities have also been disproportionately affected by COVID-19.

“I’m glad that the young peoples’ voices were the ones directing this project and I’m glad that they’re the voices that will continue to speak out for this project,” said Jace ECAj, a teaching artist from Black Stax. “I hope that they can understand their value and their worth. Because they are valuable and they are worthy of having the alternatives available [to] something that can cause disease and death.”

“It comes down to our priority population having the agency to make the choice they want. I want folks to know that they are being served ads that particularly target things that they love and like, that it’s not just a coincidence that Cardi B and LeBron James are all over Instagram and television,” said Priya Saxena. “But really it’s just that folks should have knowledge and ability to make their own choices. I’m not here to tell people that they shouldn’t drink soda or juices. I believe that people should just have the knowledge that allows them to make choices that allows them to live out their desired potential.”

The Vida Agency, a minority and woman-owned company based in Seattle, is heading the campaign design and implementation.

A primary focus of the campaign is to address the lack of awareness concerning the consumption of beverages with added sugars, but to do so in a way that empowers people with knowledge. Many companies are not very transparent about their products, from the agendas of their advertising campaigns to the details of how much added sugar is in a single product, to how those sugars affect the human body. The campaign isn’t focused on specific health facts, such as how a 20-ounce soda can contain up to 15 teaspoons of sugar or how having one of those drinks a day gives a person a 26% greater chance of developing Type 2 diabetes. Instead, the campaign is promoting healthier practices — like having reusable water bottles to replace disposable bottles of soda — to educate and promote a healthier population.

The sugary beverage tax also helped fund the distribution of more than 1,500 reusable metal water bottles to be given away by the coalition’s participating organizations at events as well as at the Summer Meal Site program at Mercer Middle School and Rainier Beach High School. Tax revenues will also fund a community mural, and details of what the mural will depict, who the artist will be, and where it will be painted are expected to be announced in the beginning of September.

Featured image by The Vida Agency.