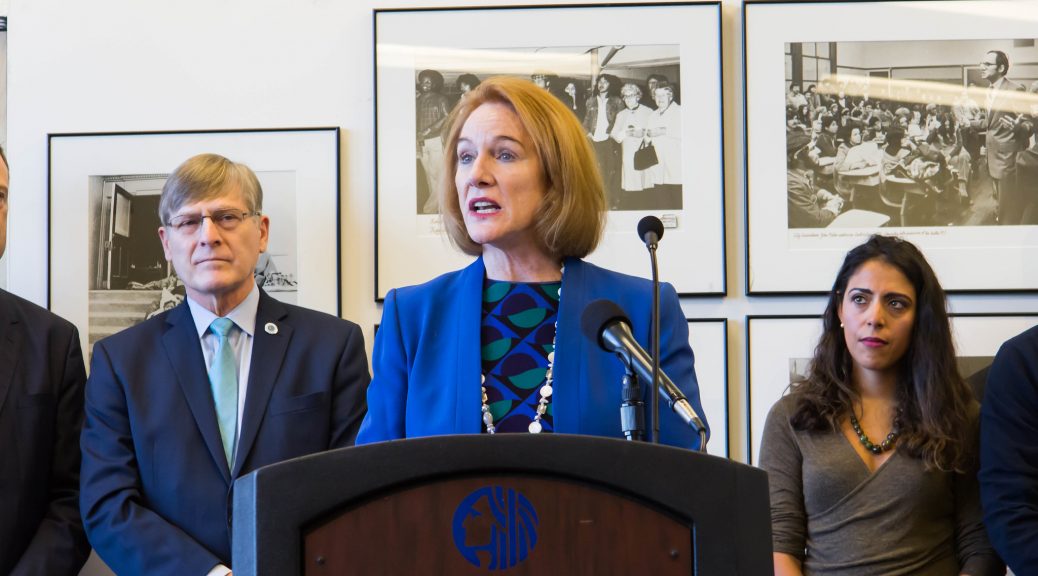 In a Friday afternoon press conference, Seattle Mayor Jenny Durkan pivoted from an explanation of her veto of the City Council’s midyear budget rebalancing package to address an ongoing rise in gun violence in both Seattle and King County. To explain the scale of that rise, Durkan pointed to a 55% increase in the number of shots-fired incidents since June 1 in Seattle as compared to the same period last year (an increase from 75 to 116). “These incidents have resulted in 33 injuries and 6 deaths,” Durkan added. “That cannot continue.”

The uptick in gun violence puts both the city and the county on track to see the highest number of homicides in the past decade, having already matched last year’s total. Thus far, 28 people have been killed in the city alone this year; the most recent victim being a still-unidentified man killed at a bus stop on Aurora Avenue near Wallingford on August 17th. Other recent shooting victims include Adriel Webb, a recent graduate of the Seattle Urban Academy killed at a gas station on Cherry Street on July 21.

Not all recent killings have been gun related: both Durkan and Seattle Police Department Deputy Chief Adrian Diaz noted that this year has also seen an increase in arsons, including a fire at an apartment just south of the Aurora bridge that killed two and injured five others in early July (the King County Medical Examiner ruled both deaths homicides).

According to data released by the King County Prosecutor’s Office, the county as a whole has seen a 44% increase in fatal shootings and a 16% increase in non-fatal shootings relative to 2019. The data also showed that the increase cannot be attributed to any particular source of violence: the wave of violence has included shootings stemming from arguments, gang disputes, and domestic violence (such as the killing of a 42-year-old woman in North Seattle in late June). Of the victims, the KCPO reports that 73% were BIPOC and almost half were under 25 years old (KCPO has not yet published more detailed demographic breakdowns). More than half of all shootings this year have taken place outside Seattle.

In today’s press conference, Diaz — who will become SPD’s Acting Chief on September 2 — juxtaposed the uptick in violence with this summer’s sustained protests against police violence and institutional racism, praising SPD officers for balancing their duty to respond to emergency calls with “managing protests, many of which are no longer calls for social justice, but instead have become direct actions to destroy local businesses and attack officers.” Both Diaz and his predecessor, outgoing Chief Carmen Best, have pointed to the protests as a reason for an increase in SPD response times, particularly in the areas served by the East Precinct. That said, Diaz noted that SPD response is not the same as preventing a homicide, commenting that “SPD would rather prevent crime than investigate violence.”

Addressing the city’s role in violence prevention, Durkan pointed to her administration’s investments in “27 different youth programs focused on Black/BIPOC communities that address community safety, reentry, and individual harm,” as well as the creation of a “community critical incident response program.” Durkan did not elaborate upon either point; I have reached out to her office for further details.

However, Durkan also acknowledged that the COVID-19 pandemic has thrown a wrench into Seattle’s violence prevention programs. Most of those programs, Durkan says, “rely on getting into community groups and having credible messengers.” But since the city went into lockdown, “that hasn’t been able to happen,” she explained.

In a response to Durkan’s veto announcement on Friday evening, Decriminalize Seattle and King County Equity Now tied the council’s now-vetoed revised budget to the increase in violence, writing, “our community has recently lost nearly thirty people to police and gun violence. Against this harrowing and unacceptable backdrop, City Council’s budget votes were a starting point towards generating true public safety.” The council has 30 days to vote to overturn or sustain the mayor’s veto.

Featured image is attributed to the Seattle City Council Flickr account and is used under a Creative Commons 2.0 license.