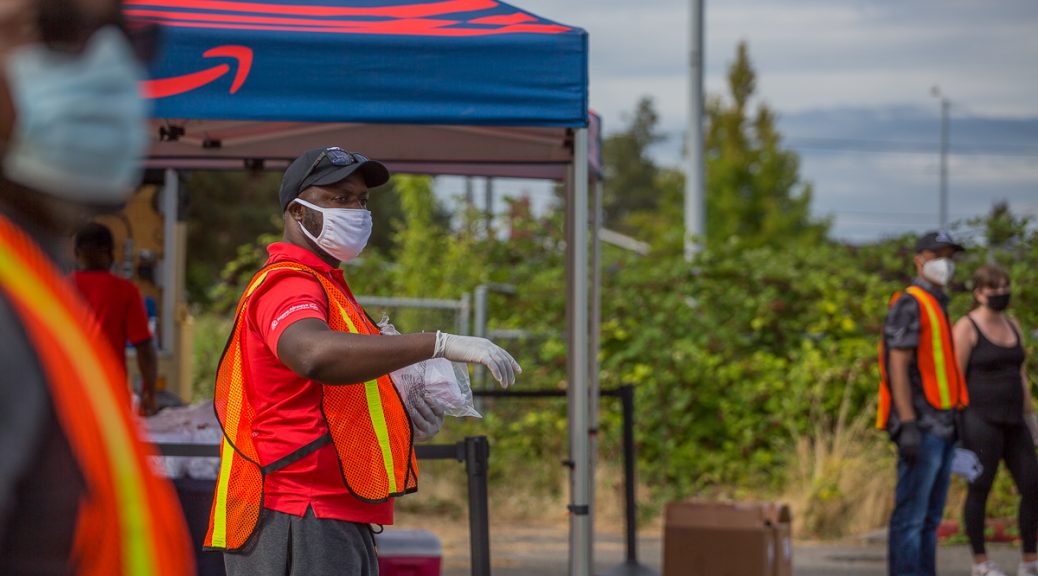 The City of Seattle will be standing up a new free novel coronavirus testing site at the Chief Sealth High School (CSHS) Athletic Complex in Southwest Seattle, Mayor Jenny Durkan announced at a press conference on Aug. 20. The new site will open on Aug. 28 and will bring the city’s testing capacity to 4,000 tests per day.

Standing in front of the newly opened testing site in the parking lot of Rainier Beach High School (RBHS) in Southeast Seattle, Durkan, District 2 City Councilmember Tammy Morales, and Seattle Fire Department Chief Harold Scoggins outlined the city’s plan for the new site. Like the RBHS testing site, the CSHS testing site will be a walk-up. It will accept anyone who comes to get a test regardless of whether they have insurance and does not require a person to be a United States citizen to get tested. Though registration is encouraged, it is not required. The new site will be open from 9:30 a.m. – 5:30 p.m. Monday through Friday.

Officials based their decision to put the new testing site at CSHS because demographic data about the virus shows that it disproportionately affects Black and Latinx communities, Durkan said during the press conference, conveying some information from Public Health – Seattle & King County Director Patty Hayes, who could not be at the conference.

In an interview after the press conference, Durkan told the Emerald that by siting the new testing location at the high school, communities in South Park — which has a large Latinx population — will be able to more easily access testing.

“You see by the numbers what communities are getting hit by this, and it’s clear where we need to go,” Durkan said.

She also said that the novel coronavirus pandemic has been “not a reassessment but a confirmation” of the need for more dedicated medical infrastructure in the South End.

“We knew that the South End — and not just southeast but southwest Seattle — really had a deficit when it came to healthcare and a lot of other health determinants,” Durkan said. “But this has shown in just stark relief how important it is for us to get that kind of infrastructure here.”

She did not elaborate on whether the City would look to provide funding or incentives for new, better medical infrastructure in the South End. However, in response to a question about whether the City is looking into siting testing at major essential workplaces, like grocery stores, she did acknowledge that just because the South End has better access to testing via the RBHS testing site and forthcoming CSHS testing site does not mean people who want to get tested have the time to get there.

“There’s too many barriers still. Sometimes, for example, the hours don’t fit if a person is working and they can’t get to the site or they can’t make it for other reasons. So, we want to make it as accessible as possible and we are evaluating all the time, “How do we make it easier?” Durkan said.

Durkan also shared during the press conference that case counts in Seattle “have been relatively stable since mid-July. Weekly counts — August 10 –16 — were about 12% lower than the previous seven days, and that’s really good news.” But that doesn’t mean Seattle is in the clear, Durkan cautioned, and people need to continue to wear masks, wash their hands, avoid social gatherings, and get tested if they think they have the virus.

As she helped Durkan hand out masks at a drive-up event at the Rainier Beach Community Center, Morales — who recently lost her uncle to COVID-19, the disease caused by the novel coronavirus — remarked that the disease is “no joke.”

“My cousin … brought it home, and my uncle and aunt, both in their 70s, got sick. And, thankfully, my aunt recovered, but my uncle passed away,” Morales said. “It’s been a reality check, and like I said, it’s no joke, and people need to make sure they are protecting their communities.”

The best way to do that? Wear a mask the right way: completely covering your nose and mouth — not under your nose, and certainly not under your chin — this reporter would like to remind you that a mask is not a chin bra — and don’t fiddle with it.

The new walk-up testing site will be located at the Chief Sealth High School Athletic Complex, 2600 SW Thistle St., Seattle, WA 98126. The site opens on Aug. 28, and will run testing from 9:30 a.m. – 5:30 p.m. Monday through Friday. Testing is free, and registration is encouraged but not required. Registration for this site opens Aug. 26.