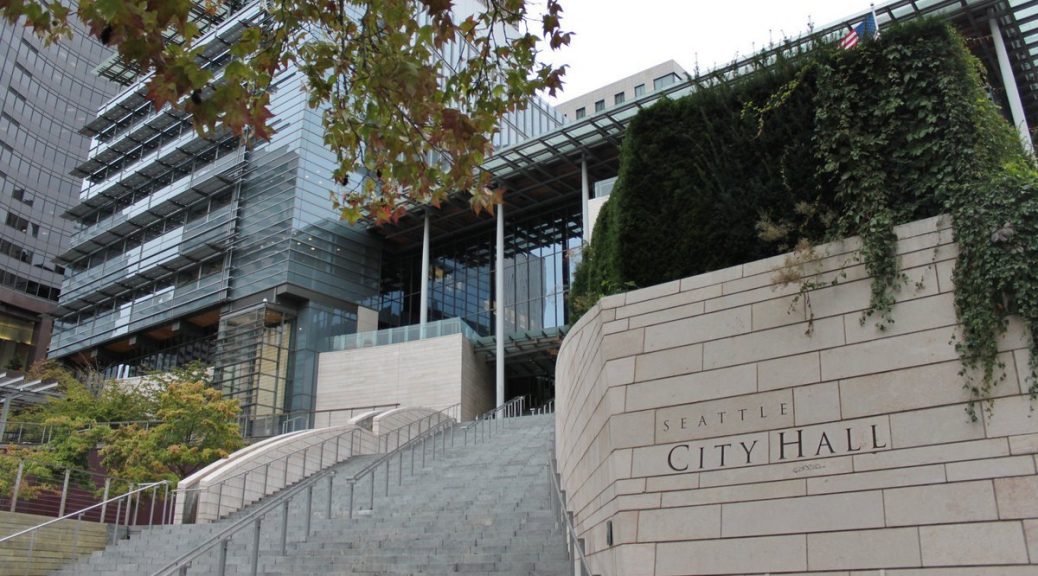 When Seattle Mayor Jenny Durkan announced her decision to veto the City Council’s midyear budget rebalancing package on Friday, she specifically called out an ordinance appropriating $3 million for the council to contract with community-based groups to create a “roadmap for future equitable participatory budget processes related to public safety” by gathering public input to shape the City’s public safety budget priorities.

Council member Tammy Morales, the sponsor of that ordinance, has said that the research would be the first step toward “participatory budgeting,” a process some cities use to guide public spending, often by allowing residents to vote on how to spend a designated pot of money (a federal grant, for instance).

King County Equity Now (KCEN) and Decriminalize Seattle, two of the most prominent voices in the push to cut the Seattle Police Department budget and invest in alternative public safety programs, were the first to call for the City to launch a participatory budgeting process to redirect the City’s public safety budget toward alternatives to policing and investment in BIPOC communities. The bill Durkan vetoed emerged out of those two groups’ demands.

In partnership with a nonprofit called The Participatory Budgeting Project, the two groups developed a detailed outline for how the City could lay the groundwork for a participatory budgeting process, called the “Blueprint for Police Divestment/Community Re-Investment.” That blueprint describes a $3 million “community-led research process to generate true public safety informed by community needs” which is the model for the research described in the vetoed bill.

The council would direct the money to a nonprofit, which would subcontract the work out to other groups — presumably, though not necessarily, KCEN and Decriminalize Seattle. The two groups estimate that roughly $1 million of the $3 million would go toward hiring staffers, including researchers, many of whom they hope will be young people from BIPOC communities. The rest would go to recruit and compensate people in BIPOC communities to participate in the survey and for data collection and reporting, plus $500,000 for unspecified “cash assistance and direct support for community members” to “address economic and other urgent needs.”

In essence, those expenses would serve two purposes. The first would be to provide jobs — in the form of researcher positions — and financial support to community members who participate in the research process. In their blueprint, KCEN and Decriminalize Seattle write that “community members should not be expected to come up with solutions on a volunteer basis.”

The second would be to prepare for a large-scale, accessible participatory budgeting process that would influence the 2021 city budget, starting with surveys and interviews of city residents (with a focus on BIPOC communities) about their public safety concerns and thoughts on how the process should be run: for instance, whether a steering committee should develop community proposals, and if so, who should be on that steering committee. Based on the findings of those surveys and interviews, the nonprofit contractor would then sort out the details of the participatory budgeting process: how the public could give input (in the form of budget proposals, for instance), how that input would be turned into budget items, and who would be responsible for reviewing and developing citizens’ proposals.

Technically, none of the $3 million would fund a full-scale participatory budgeting process; the closest the city would see before next year would be a small test run. However, according to King County Equity Now Research Director Shaun Glaze, the two organizations want to see a full participatory budget process come to fruition before budget discussions next year. More specifically, Glaze says her organization hopes that the participatory budgeting process will help determine how the City spends half of SPD’s 2021 budget — a figure in the range of $200 million, which would be an unprecedented use of the process both in Seattle and nationwide.

The legislation the council passed says the contractor should produce a “community participatory budgeting process,” but it is silent on exactly what that process should look like.

When I asked Morales to clarify how the council planned to spend the $3 million, she pointed to the King County Equity Now and Decriminalize Seattle blueprint as the model; the council also adopted the $3 million figure itself from that blueprint. However, that blueprint doesn’t provide any details about how the participatory budgeting process would function, nor does either organization intend to have full control over the process themselves.

The Your Voice, Your Choice program differs substantially from the research process proposed in the ordinance, not least because Your Voice, Your Choice is run by the city. Although KCEN and Decriminalize Seattle have said explicitly that they are not interested in controlling how the entire process plays out, they argue that the research portion of the participatory budgeting process for public safety should not be under direct city control.

The two groups explain why in their blueprint, writing, “in part because of the City’s long track record of supporting harmful policies and procedures, many community members do not trust the City to lead an effective research process. The pattern of collecting data and recommendations and then doing little to nothing with the results must end.”

The startup costs for the community-safety research process mark a significant shift in how Seattle uses participatory budgeting. The city spends roughly $2.2 million on the entire Your Voice, Your Choice program, of which $2 million funds the actual projects. In contrast, the council’s ordinance would spend $3 million on preliminary research alone.

Near the end of Friday’s press conference, Durkan responded directly to a recent demand from King County Equity Now and Decriminalize Seattle that the city use participatory budgeting to allocate $100 million that she has pledged to invest in BIPOC communities next year. In short, she said she wouldn’t be doing that, but that she supports the idea of participatory budgeting in theory.

“I’ve been very clear from the beginning that the community — and I mean community being larger than just one organization — will be at the table helping us decide what they need and how we get there,” Durkan said. “King County Equity Now wants to be the deciders in that.” (KCEN has denied this.) “We want those voices at the table, but we will have a broader process.”

“We need to have trusted community partners going into communities to bring information and proposals back,” Durkan continued, “whether it’s a task force or a joint group [created by the council and the mayor].”

However, King County Equity Now and Decriminalize Seattle have been the only groups to publicly champion a scaling-up of participatory budgeting in the city. They have also pressured the mayor directly: At a press conference to revisit Durkan’s $100 million pledge to BIPOC communities last week, organizer Nikkita Oliver, who works with both groups, said, “If [Durkan] is truly committed to supporting BIPOC communities, she’ll let the BIPOC communities design and control the process which guides where this money goes.”

Durkan criticized the council not only for allocating $3 million from the city’s emergency fund on contracts that would “not have the results we need,” but also for proposing a participatory budgeting process that she believes would shut out her office and exclude input from certain parts of the city. According to her plan, “the city council, my office, and myself will reach out to community and have a participatory budgeting process so that we all hear the same thing,” she said. “We also have to have ways to engage all of Seattle. We need to get into every neighborhood and every community, because how we do policing impacts every part of our city.”

Glaze said that while the research component of the two groups’ plan would prioritize input from BIPOC communities, the participatory budgeting process itself would be accessible to all city residents.

How Much Weight Will Participatory Budgeting Carry?

The city isn’t required to actually implement the projects identified through any participatory budget process, including Your Voice, Your Choice. While the council generally approves nearly every project on the list, the city can abandon projects if they turn out to be impractical or logistically impossible.

Both the council and the mayor have referred to their proposed participatory budgeting processes as means to “guide” the City’s budget decisions, not replace the ordinary budget process. “I don’t want to undermine this process at all — I do think it’s really important that community have a voice and have the power to make some of these decisions,” Morales said. “That doesn’t mean we’re handing all decision making over to community; it means that we’re genuinely interested in a conversation and hearing back from our neighbors about what they think the priorities should be. But at the same time, we’re elected to make some really hard decisions.”

Morales said some of those decisions may involve turning down the community’s recommendations if the council sees them as potentially illegal or otherwise ill-advised. “There have been a lot of conversations among council members about what is feasible, what we might have to phase in, what we can’t do,” she said. “”That doesn’t mean we don’t share [the community’s] goals.”

Glaze isn’t concerned that the results are non-binding. “I actually prefer that it be up to political will,” she said, because what council members do with community recommendations will give constituents a better sense of their elected officials’ values. Nor does she think the program would merely be an expensive form of public comment. “In any given year, people can express their feedback to the City Council. At least now, people will know the priorities of Black and Brown people and show up in solidarity.”

Of course, all of this will be turned on its head if the mayor’s veto stands. As of Friday, Council President Lorena González seemed inclined to try to find a compromise on the budget that Durkan would accept. Overturning Durkan’s veto would restore the council’s budget changes but could start a war with the mayor that would undoubtedly spill over into the next budget season, which begins after Labor Day.

Featured image by Sounder Bruce (under a Creative Commons 2.0 license).