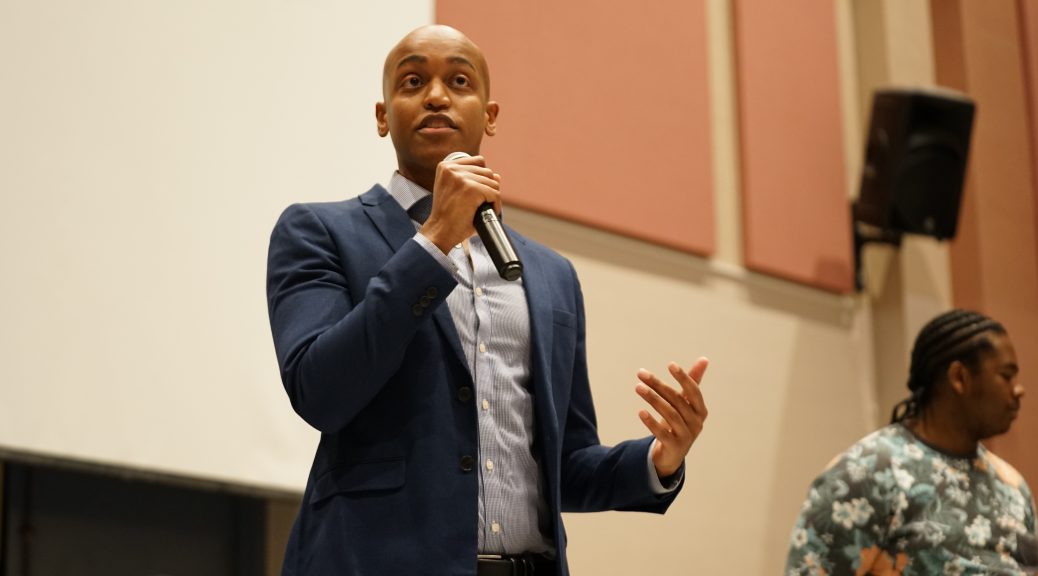 Following a shooting Tuesday, August 18 at the 3000 block of Rainier Avenue South, a man in his 20s was treated for life-threatening injuries and rushed to Harborview Medical Center. “We’ve always had gun violence in our community. We’ve been facing gun violence for a very long time,” said Dom Davis, CEO and Founder of Community Passageways, a Seattle-based nonprofit felony diversion and prevention program. But the incident August 18 was one of a potentially record-setting number of shootings this summer in Seattle. The case is ongoing.

“We’re breaking records,” said Davis, estimating there’s been about 40 shootings in the last 30 days, the majority of which have occurred in South Seattle and Rainier Valley. “Summertime always gets heated up,” he said, however this year it has been worse. “There’s an influx of guns right now, number one. We don’t have any school or sports going on, which is number two,” explained Davis, which he said can lead to youth to make poor choices with their unengaged time, like being drawn to gang activity, for instance. Davis also believes COVID-19 had a lot to do with it. “And that’s one of the new dynamics,” he said.

A recent New York Times article reported that gun shootings were similarly on the rise in metropolitan areas like New York, Atlanta, Chicago, and Houston. Crime experts suggest that the coronavirus pandemic “has deepened the endemic problems that often underlie gun violence, including poverty, unemployment, housing instability, and hunger.”

The same structural inequities in Seattle, which exacerbate violence and crime, are experienced disproportionately by the South End. It’s an unequal equation and one King County Councilmember Girmay Zahilay knows all too well. Zahilay graduated from Franklin High School, not far from where last Tuesday’s shooting happened. He said that poverty and lack of resources are underlying factors in gun violence. “[The] map of incidents of gun violence is almost the exact same map as the map showing …  how low-income an area is,” Zahilay said. “It clearly shows you, according to all the data, that gun violence is a symptom of people not having what they need to be safe.”

South Seattle community leaders already have innovative solutions that address the root problems of gun violence without involving the police. Zahilay, for instance, has long-term and short-term solutions. His long-term solutions include a Guaranteed Basic Income plan modeled after a pilot program implemented by Mayor Michael Tubbs in Stockton, CA. Zahilay said guaranteed basic income would provide extra stability to families — especially timely during the economic uncertainty of COVID-19.

Zahilay’s short-term strategy includes “violence interrupters” and healthy community initiatives. “Now our Public Health Department is currently gathering and convening violence interrupters — people who have relationships in the community, people who know how to disrupt violence, who have experience doing that — so that they can all work together,” he explained. “The key is relationships. Who is a trusted person to those community members who are most at risk for participating in gun violence? There are people who have those relationships, there are people who do this work already to disrupt violence before it happens.”

Community Passageways is one organization already doing that work. Davis and a team of community ambassadors work closely with gang-involved youth, connecting them with jobs, apprenticeship programs, and housing assistance, along with other community-focused programs. “We build a community. We build a new village for them to be involved in,” Davis said.

COVID-19 has prevented large in-person meetups, but community ambassadors engage with youth daily through text and Zoom meetings. Ambassadors are often the first to hear about gun violence. “We get out of our beds if we have to. We’ll stop doing what we’re doing and try to respond to the shootings and get there on the scene and find out what intel we can gather to try to do some deescalation. Try to make sure there’s no retaliation — try to see what we can do to slow things down and get people to think through things.”

Community Passageways partnered with other organizations on a proposal for $4 million — part of the 2020 budget vetoed last Friday by Mayor Jenny Durkan. With the proposed funding, Davis said Community Passageways and other organizations could have had hubs in each hotspot of violence in Seattle. Each hub would have teams of outreach workers to support de-escalation and harm reduction. Davis urged the community to speak up and let Durkan and the City Council know that funding is crucial. “There are people out here doing this work and trying to stop the gun violence with not enough resources,” he said. “We need fundraising and resources.”

Community Passageways provides the trusted relationships essential to Zahily’s plans. Davis reflected, “Police can only react to something after it happens. We have the ability to know who’s the players in the game, who’s doing what, and go out there and try to pull them in. Especially if we leverage working with the OGs … We take the leaders that are leading this and bring them in to lead the people out of it. The people that are in it are the people that are our answer to it.”