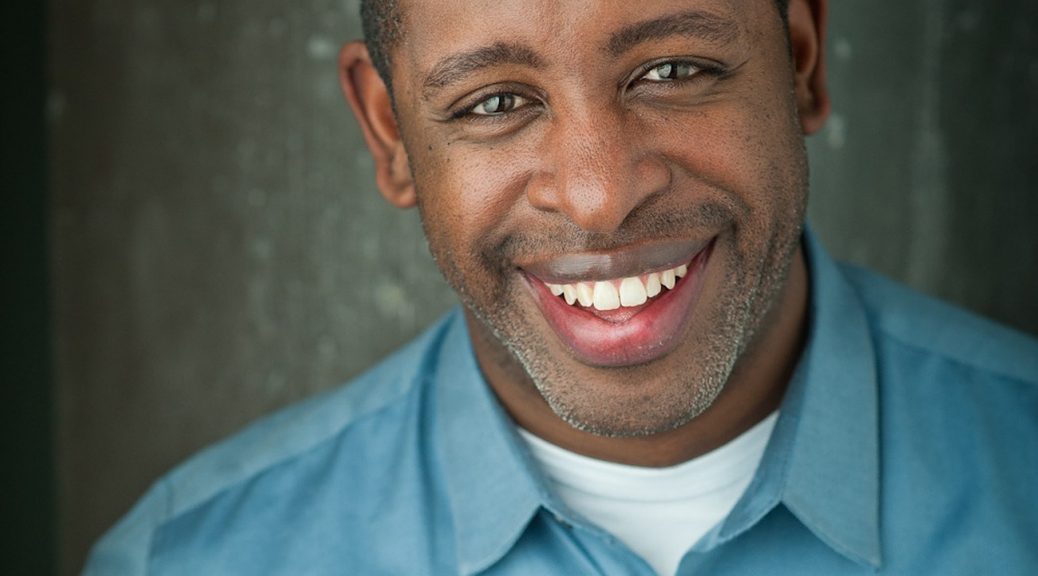 Screen fatigue is a thing for anyone staying home and hopefully away from harm during this pandemic. And since crowded concert halls and bustling theaters are a no-go for now, people are increasingly leaning on streaming services and online artist events for entertainment. But there’s one big problem: audiences are tired and they’ve got a ton of options to choose from. So why should they pay for an artist’s streaming event? That is the million dollar question. How can artists continue to present their work in a way that is financially sustainable and enticing to audiences?

Kahlil Ashanti is an actor, comedian, magician, and the founder of tech startup We Show Up, and he thinks he may have the answer. Let attendees pay-what-they-want after the event. When Ashanti first shared this idea during our telephone interview, I have to admit, I was a bit skeptical. Had I heard correctly? Was he actually suggesting that artists should do their shows at no cost (or very low cost) and then trust attendees to pay a fair rate after the show? His answer is a resounding yes. And Ashanti has some pretty sound logic to back up his idea.

“If you’re an unknown artist, if you’re someone that no one’s heard of or not a lot of people have heard of, it’s highly possible that the perceived value of your talent is highest after people have seen it,” Ashanti said.

As a performing artist, he has experienced this “perceived value” phenomenon firsthand in 2018 while doing a show about the childhood of the legendary standup comedian Richard Pryor.

“So I’m out here, you know, grinding, making it happen for myself as a performer who has a wife and three kids and got to put food on the table as an actor,” Ashanti said. “And I didn’t know what to charge for tickets. So I decided to ask the audience.” His next move was somewhat different, and some artists might say, risky. He passed around “the hat” to audience members after his performance. That night, he earned more money than he would have selling tickets.

There was just one problem; there was no way for him to contact attendees about future performances. He didn’t have their names or email addresses and there was no easy way to get them. That’s when the idea for We Show Up was born. Ashanti said that at the time, many ticketing companies made it easy for event organizers to sell tickets, but they didn’t collect audience data nor did they offer pay-what-you-want options. They were focused on being “ticketing” companies, so Ashanti asked himself, “What if I build an ‘audience’ company?”

Ashanti wasn’t always a techie. It was only six years ago, while in his early 40s, that he learned to code. Week after week, 60 hours a week, Ashanti pored over coding problems and drank in the wisdom of his instructors at a 12-week coding bootcamp. And when he decided to launch We Show Up, the founder of that coding school joined his team. It sounds like the perfect dream — artist turned coder turned entrepreneur. But Ashanti’s life has been less than perfect. He grew up with an abusive stepfather, but he has strived to overcome the long-term trauma created in his childhood by transmuting his experiences into something useful to himself and others.

“My little brother and I were forced to stand at attention overnight with a belt across our feet,” Ashanti said. “And my stepdad was asleep on the couch. And if we were to move and the buckle made any noise, he’d wake up and give us a beating and then he’d go back to sleep and my little brother would start crying. And so I would do impressions to make him laugh so he wouldn’t cry. And that’s how I found out I had comedic talent. … I still find myself dealing with this — this pain of everything that happened to me. But I do feel like performing and sharing my story in places, like with you and your kind of folks there, it really helps me process a lot of that. Because I feel like if someone else can get some good out of it, then maybe that was my calling. Maybe I needed to go through that to get to this.”

Born in Germany but raised in Japan and Iowa, Ashanti got his first gig while attending high school in Iowa in ‘91 and ‘92. He did gigs at the Funny Bone Comedy Club where he opened for Jamie Foxx and Max Alexander. Since that more-than-humble beginning, he has worked as an actor in films, television, and theater. He’s a magician, and he performed as part of the Air Force Tops in Blue. But it’s We Show Up that has offered him the opportunity to use the lessons learned in entertainment and merge that with technology to help solve problems facing artists everywhere. And for Kahlil Ashanti, now it is more important than ever for artists and arts organizations to integrate technology into their business model.

“There are a lot of legacy organizations that have tried very hard to do the minimum with their technology and use systems that are outdated,” Ashanti said. “… And there’s a certain generation that’s at the decision-making side that doesn’t like change. But with COVID, guess what? If you didn’t know how to use Zoom before, I bet you know how to use it now. And so where I think arts and technology intersect is necessity. Any theater who had a crappy website — and there’s a lot of them — any arts organization that wasn’t thinking about online engagement, guess what? Now it’s time. And they didn’t get to make that choice … nobody’s going to save the arts but the audience and the way to reach the audience is through technology.”

Ashanti makes it clear that technology isn’t just an app. Technology is any solution that helps you do something better. And in that spirit Ashanti has continued to focus on making We Show Up do the work of helping artists in a more efficient and engaging way. The last few weeks have been spent building WebVR environments that allow attendees to be immersed in beautiful or interesting environments while attending online events.

Virtual web-based environments might reduce or even eliminate screen fatigue, and if Ashanti has his way, revolutionize e-commerce. During our conversation, he showed me a virtual room that We Show Up created for a visual artist. I visited the virtual space on my laptop. It was a photorealistic art gallery. On the virtual walls there were paintings I could take a closer look at and presumably purchase.

I meandered through one room, passed through a hallway, and entered another space filled with more of the artist’s work. Definitely more interesting than a video conference call with an artist screen-sharing low-resolution, often lagging images of their artwork. I was impressed. But I was just as impressed by what it took for Ashanti to come to this moment in his life where he is running a fledgling startup and building a team to make it successful. Throughout our conversation, the impact and ramifications of the child abuse he suffered was ever present. That experience has taken its toll but despite it he prevails.

Ashanti credits a long list of mentors who guided him and helped him understand his self-worth despite the abuse he suffered. He has also made a conscious effort to never allow his past to define him. “I sort of made a promise to myself to never use that as an excuse to be anything less and to try to be a great person.”

Kahlil Ashanti is currently based in Vancouver, B.C. and virtually participating in the Create33 Startup Success Program in Seattle.