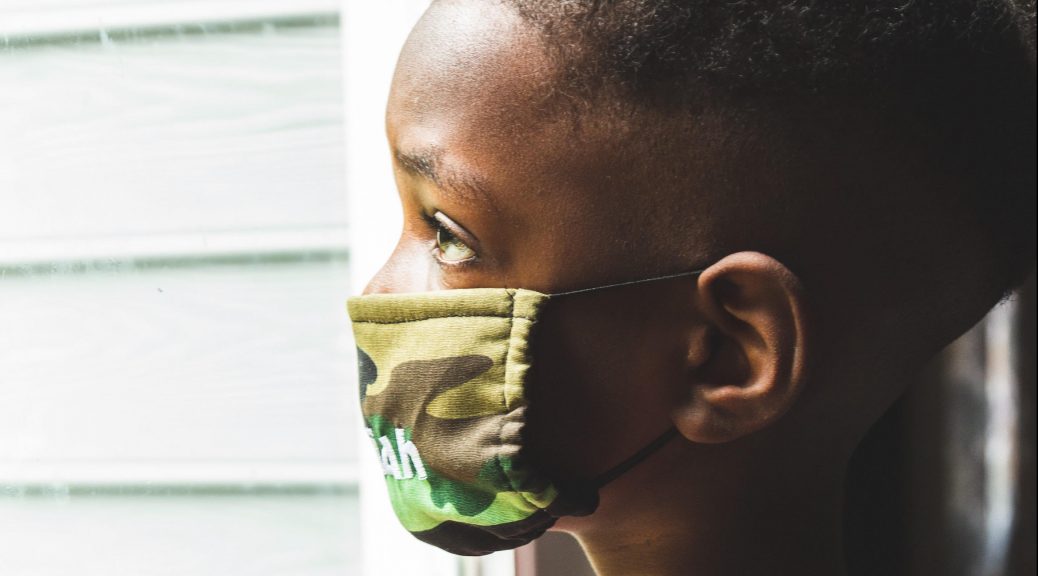 When schools throughout King County announced plans in late summer to start the 2020–2021 school year with distance learning, many families began scrambling to find tables, chairs, and other items to create a conducive learning environment. Parents cleared out garages, shifted furniture, and bought whiteboards, preparing for the long haul. But with school starting this week, it is clear the greatest stress points are the uncertainty of the school year ahead and the reality of parents’ increased involvement in their children’s schooling — regardless of their own work schedules, education levels, or other responsibilities.

Nelsy Bradford, whose son is entering third grade at Fairwood Elementary School in Renton, is particularly concerned about her ability to fill in the gaps of distance learning. She has a university degree from her home country of Mexico, but feels that a degree doesn’t help “when you have to translate in your brain every single thing,” Bradford said. “All these questions come to my brain: Will I be capable? Am I the right person to teach my son? Does he understand when I’m trying to explain something?”

On top of helping her son, Bradford will be conducting her own Zoom calls for work. She teaches preschoolers with special needs, but because of the distance learning format, she also will be teaching parents tools they can use at home.

“I don’t think [my son] will be able to work independently, so we’ll try to share the space,” Bradford said. “We’ll face each other, so we won’t see each other’s computer screens, and have headphones so we can focus on what we’re doing. Thank God we have an extra room that we can put stuff in, and we can disconnect from there and move on at the end of the day.”

Bradford said some of her friends are also trying to figure out how to best set up at-home learning spaces for their children. One friend mentioned placing a small table next to the kitchen so she could keep an eye on her child. However, arranging homes for remote learning “is so hard because depending on your economic level, [that determines] how much resources you have,” Bradford said. “To me, it’s so unfair. It’s so hard. We’re just trying to do the best we can.”

Parents like Marivel Gonzalez in the Highland Park area also are being stretched by the needs of multiple children. Gonzalez is a baker and manages her own schedule, which allows her to focus on the schooling of her 6-year-old daughter, Claribel. But add her 8-month-old baby Anabel to the mix, and the situation gets more complicated.

“Claribel loves her baby sister, so she is always wanting to help me with her or play with her, and that can be distracting when she has to focus on her meetings or class work,” Gonzalez said. “It can be difficult to juggle my attention from Claribel to Anabel because for Claribel to focus, she needs me to sit with her. I can’t always [do that] if Anabel needs a diaper change, needs to be put down for a nap, or needs my attention because she is a very active baby who is really attached to me.”

Maymuun*, a mother of four kids ages 1 to 9 at John Muir Elementary in the Mount Baker neighborhood, echoes the challenge of having multiple kids and managing her children’s virtual learning on top of her own responsibilities. On Saturdays, Maymuun takes child development classes online, which frees up her weekdays to help her kids. But each night, she is up late doing homework for her own courses.

Plus, “I’m an immigrant,” said Maymunn, “and if the kids stay home [for school], I need help as a second-language learner. It’s harder when you have a lot of children,” she said, adding that her neighbor has 10 kids, including one newborn. “For her, it’s so tough. She can’t manage to do anything, and [she tells me], ‘I’m falling apart, the kids are not listening.’ I’ll try my best, but it’s still tough. I can help my kids with a lot, but not like a teacher can.”

For some families, distractions — like toys, classmates, and siblings — and learning styles that aren’t conducive to online learning are valid concerns going into the new school year. Anetria*, who has a 9-year-old child at John Muir Elementary, anticipates that her child’s greatest challenge as a visual and hands-on learner will be mastering new math facts, especially without enough dedicated time with the teacher.

The end of last school year, during quarantine, showed Anetria what a frustrating  experience remote learning can be for her 9-year-old.  “My child was only online with the teacher — who was amazing and tried her best — twice a week for an hour,” she said. “I feel like the school district threw something together to say they were teaching remotely, but it was on the parents to help their kids the best way they could to learn what lessons were given out.”

Similarly, Kawana Hughes, a mother in Auburn with three sons ages 9 to 16, shared that none of her kids are excited about distance learning. Her 15-year-old son has learning delays and benefits from one-on-one instruction. Without the support he needed last semester, he quickly became discouraged and wanted to quit.

Hughes, however, has a more positive perspective. She wants to incorporate her own curriculum into her sons’ education and is enthusiastic about the opportunity to do so. Despite working the graveyard shift, Hughes sees her involvement as a necessity and is committed to working through her exhaustion after work.

While the forecast of the school year remains uncertain, these testimonies from parents demonstrate their determination to make the most of the situation. Nelsy Bradford spoke from the perspective of a teacher needing to empower her students’ parents, but the message was equally for herself — as a parent — and to the rest of us who have abruptly and unwillingly taken on the teacher mantle: “[Teachers] will have to tell parents, ‘You’ve got this. You can do this.’ It’s teamwork. We have to do it together.”

* Some interviewees have asked to use only their first names.

Melody Ip is a freelance copy editor/writer and managing editor for Mochi magazine. She loves the trees and rain of the Pacific Northwest, still sends handwritten letters, and always has at least five books on her nightstand.