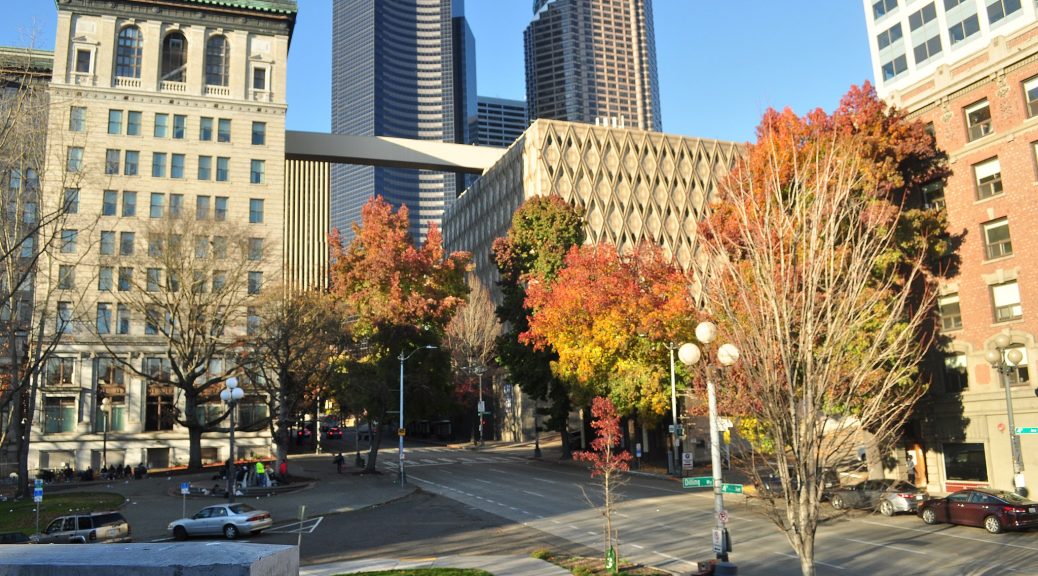 By Paul Faruq Kiefer (with reporting by Erica C. Barnett)

(This article was originally published on The C Is for Crank and has been reprinted under an agreement.)

On Tuesday afternoon, the Metropolitan King County Council voted by a narrow margin against renewing Office of Law Enforcement Oversight Director Deborah Jacobs’ contract, which expired in June. (Jacobs was serving as de-facto head for the past two months). In her place, the Council appointed OLEO’s current Deputy Director, Adrienne Wat, to serve as interim director.

Council Chair Claudia Balducci first proposed not renewing Jacobs’ contract two weeks ago. Her surprise announcement came a month after the council received the findings of an independent investigation into allegations by OLEO staff that Jacobs made a series of inappropriate or discriminatory remarks to them during her four-year term as director. For example, one staffer complained that Jacobs had commented (sarcastically, she says) that she could only see a white man as deputy director of OLEO, and, on a separate occasion, that she could not invite OLEO staff to a Roe v. Wade celebration because it was for women only.

OLEO community engagement manager Jenna Franklin praised Jacobs for hiring “people who are different and more diverse than her — that’s what a leader like that should do.” But she notes that “the ability to work with sensitivity in collaboration with diverse staff and communities is essential for public servants.” King County’s Equity and Social Justice rules state that “elected leaders and directors are ultimately responsible for ESJ,” Franklin notes, “including in regard to workplace and workforce.”

“In this case, she has acknowledged missteps and that impacts to staff did occur. Missteps shouldn’t be the sum total of a person, a system, or those [they] represent.”

In Tuesday’s hearing, Balducci explained that her push to not reappoint Jacobs was driven by  concerns about the OLEO work environment. An investigation into Jacobs substantiated five of the eight complaints against her. One of those sustained complaints stemmed from an incident in which Jacobs apparently commented that an employee’s weight and race made it easier for him to build rapport with sheriff’s deputies; the man, who has struggled with weight-related self-image problems, said he felt uncomfortable speaking to Jacobs directly about her comment.

The vote not to reappoint Jacobs was closer than the August 18 vote of the council’s Employment and Administrative Committee to recommend removing Jacobs. (That committee includes all nine members of the Council.) In the earlier vote, the Council voted 7–2 to not reappoint Jacobs; on Tuesday, the full council reached the same conclusion with a 5–4 vote. Council members Dave Upthegrove and Rod Dembowski voted against the ouster both times; council members Jeanne Kohl-Welles and Jim McDermott changed votes.

The most vocal opposition to Jacobs’ ouster on Tuesday came from Dembowski and Upthegrove, Both expressed concern that Balducci and other colleagues are being too harsh and that replacing her is not in the best interest of police accountability in the county. “The assets that I’ve seen [Jacobs] bring to this office,” Upthegrove said, “particularly as it pertains to community engagement and the tenacity with which she’s represented our interests, and what we’ve seen to be a passionate commitment to racial and gender equity, leads me to believe that the mistakes she made aren’t enough to lead me to this conclusion.” He also said removing Jacobs was an example of a double standard: “I can’t help but think of members of law enforcement who continue to have their jobs today in the face of mistakes and judgement calls that — in my mind — are much more serious.”

Dembowski echoed those concerns, adding that he saw the Council’s approach to replacing Jacobs as legally dubious. “I’ve been very troubled by this process,” he said during the council meeting. “It’s generated a $2 million claim,” in the form of a tort claim Jacobs filed in Pierce County two weeks ago alleging sex and gender discrimination by the County. “I think that we mixed discipline from the report with reappointment, and I think they should have been kept separate.”

Local police accountability watchdogs also expressed their concerns about the council’s move to oust Jacobs, whom they see as a brave and determined force for greater oversight of the King County Sheriff’s Office (KCSO). Annalesa Thomas, a co-founder of the police accountability group Next Steps Washington and the mother of Leonard Thomas (killed in 2013 by Fife Police while unarmed and holding his son) appeared during Tuesday’s public comment period to voice her support for Jacobs; in an interview before the vote, Thomas said Jacobs “has brought to the forefront many of the issues that family members [of police shooting victims] raise. She didn’t go along to get along.”

For her part, Jacobs acknowledges that she was sometimes reckless in her comments to coworkers and hoped for a chance to make amends, but she is also convinced that the Council’s decision was driven by politics and a lack of support for accountability itself. “It’s been an unjust process and I wouldn’t wish this treatment on anyone else,” she said in an interview. “It’s going to be really hard for anyone to survive because it’s a hostile climate, there is little support, and mistakes are seized upon.”

Jacobs also says her record as a fierce defender of accountability — and the resulting tensions between her and the KCSO — has left her constantly defending herself since she took the position in 2016. “They [KCSO] don’t trust me,” she explained. “There’s a narrative that I push the boundaries and that’s probably true, because I have tried to fulfill the public’s expectation for strong oversight, and I’ve faced endless roadblocks in doing so. They have used that narrative as a basis to try to discredit my work.”

Balducci denied that her proposal against Jacobs was intended to assuage the KCSO. “I cannot state in strong enough terms how important it is to me that we have a strong, courageous, diligent leader of our Office of Law Enforcement Oversight. Those things are not bad. Those are good things,” she said. “There is a kind of inherent tension and even conflict that can exist in the role itself, and you need somebody who isn’t intimidated by that and who need [sic] to go forward with what needs to be done.”

Specifically, Balducci praised Jacobs for her leadership in a series of independent investigations into the (separate) shootings of two teenagers, Mi’Chance Dunlap-Gittens and Tommy Le, by KCSO deputies in 2017. After the KCSO initially filed a grievance to block the Dunlap-Gittens investigation, the County reached a $2.5 million settlement with Dunlap-Gittens’ family. Jacobs is expected to present the Council with the OLEO investigation into the Le shooting on Wednesday, September 2. “That was great work, and it got around some of the challenges we have with still not having a negotiated agreement with the King County Police Guild and without all the powers that you would want an Office of Law Enforcement Oversight to have,” Balducci said.

But she stands by her decision to vote against Jacobs’ reappointment. “I think she’s done some very, very great work, and truthfully, if I could snap my fingers and make it not happen, it would not happen. This is terrible timing. We’ve lived through times where because somebody was good at their job we would overlook the kind of internal workplace environment issues that would be raised. But that can’t be the end of the story.”

The council’s vote to appoint Wat to be the new Interim Director was less contentious than the initial decision not to reappoint Jacobs, with only Upthegrove voting “no.” Wat will be the interim director while the Council conducts a nationwide search for her replacement, as required by the County Charter.

Ultimately, Jacobs hopes OLEO will become an obsolete institution. “This kind of work — law enforcement oversight — should someday be unnecessary if we’re really going to rethink our public safety system,” she said. “When thinking about a paradigm shift in public safety, we should start by redirecting some types of calls and services to other kinds of providers. Ultimately, this would shift and change the need for oversight as well.”

For now, Balducci and Jacobs do agree that the OLEO’s oversight power is in need of serious expansion. “Some things need to change in order for OLEO to survive or thrive,” Jacobs said. “The first is to address the obstacles presented by collective bargaining at the state legislative level, and figure out what can be done to ensure that the collective bargaining process does not continue to undermine the voter’s vision for strong oversight.”