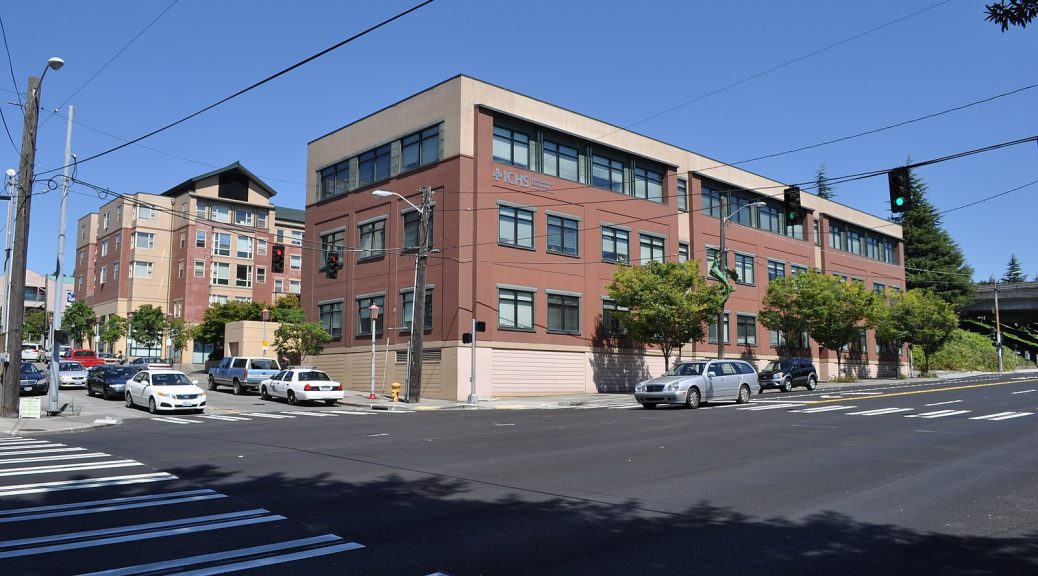 When did your family leave the Philippines for Seattle?

It was 1969. I had already graduated from high school but was told I needed to enter a Seattle high school anyway. Instead, I found a way to attend Seattle University. I spoke English already, but I had an accent and I had trouble understanding slang and colloquialisms.

How did you experience racism at that time in Seattle?

What was happening with civil rights was totally confusing to me. It was scary. The Vietnam War was also disintegrating rapidly and we were having a lot of Vietnamese refugees from the war, and being Asian and being misidentified as Vietnamese was highly stressful to me. Being treated like the enemy.

And probably a reason why I’m so passionate about the work that we do here, because we serve a lot of immigrants and refugees, is that as a young immigrant, I was beyond puzzled. I couldn’t identify with anybody.

There were comments like “you don’t belong here” or just laughing at us for how we looked. People called us FOB, for fresh off the boat, but it was confusing because we flew to Seattle on Northwest Airlines.

How did you become an activist for social justice?

I was fortunate enough to be in the orbit where Bob Santos and other iconic people were working. As I became more aware as a person, then, you know, I participated more. I worked on political campaigns. My own realization and awareness and education and understanding of the dynamics of race in this country became better and I was able to do more. And as I did more then it helped me comprehend even more about, you know, really being engaged.

Where did you get inspiration in social justice work?

Around that time Cesar Chavez was leading the big boycott of grapes, and one of his lieutenants was Larry Itliong, who was this fiery man in his own way. He was Filipino. And Filipino and Mexican American laborers at that time were equally fighting for just working conditions. Itliong often came to Seattle, where I heard him speak.

I also got to be around the Gang of Four, which included Bob Santos. He was one of the founders of ICHS. There were struggles to help the Chinatown/International District community and get something started for the elderly. King County gave some mitigation dollars (because of the Kingdome stadium being built) and that enabled starting the clinic.

How did you come to work at International Community Health Services?

It is a long story. I worked for three Seattle mayors. I went to graduate school in public administration. I worked as a consultant, and I was hired to help ICHS create a strategic plan, and then … they called and asked me to help open our Holly Park clinic and implement electronic health records. I said: I’m willing to do it, but I’m not staying. I ended up eventually as acting director, and then appointed to the job. That was 16 years ago. This has been an amazing job. I can’t overestimate the gift it has given me of pulling together my advocacy and my career.

What have been the pandemic impacts to your clientele?

Before the pandemic struck, families have stayed away because they are afraid of the Public Charge rule. [A Trump administration interpretation that receiving “public” help counts against an immigrant in getting a green card or citizenship.]

Individuals and families started to get scared to access care, even when Public Charge didn’t affect them, because they knew someone or someone else could be affected by it. All these things started to blow up in our faces in the sense that when COVID-19 happened, you know, the impact was worse and our visits started to really go down and businesses in Chinatown started to see losses, and restaurant owners, mom and pop places, started to suffer.

If we are talking about an older person with diabetes, hypertension, maybe even asthma, we have not seen them for months, since March. Even though we call, even though we were able to set up telehealth, that is not necessarily the best way to see somebody with multiple conditions. In addition, the digital divide is real in our communities. They may not have the right plan or device, or even if they did, might not know how to use it.

Since May, we have been able to see more patients in the clinics but we are very careful about who we bring in for in-person visits, just because we know that COVID-19 is not under control. So it is a different world that we’re having to face in terms of how do we provide that linguistically culturally appropriate, in-touch intensive care?

Who are your clients?

We serve people who speak more than 50 languages here. More than half of them need interpretation services. Some of that is for cultural assistance — not just translating, but helping them understand the health system itself. The top three are Cantonese, Vietnamese, and Mandarin. Patients can get medical, dental, vision, and behavioral health services.

What special things have you set up because of the pandemic?

We have set up special vaccination clinics, for routine immunizations for school-age children. They are operating now. So not just flu, but for the kids, especially making sure they have all of their required immunizations. We have COVID-19 drive-thru testing days. It is so confusing right now. The politics is just mind-boggling to me. This is really a life and death issue. How is a mask political and how are people questioning that there’s even a pandemic?

How have the recent protests and marches had an impact on you?

The George Floyd killing and other recordings of what happened are just appalling. There have been cases in our community too, but it hasn’t happened as often as in the Black community. Tommy Le is an example of that. The night of his graduation he was killed because police thought he had a knife, but it was a pen. We’ve had to deal with xenophobia with COVID-19.

What are some of the ways you have been talking about protests and racism?

I think it’s also harder because our communities have to deal with our own anti-Black or our own racism against each other. And it has generated some painful conversations, which I think is important, as painful as they are.  One of the things that’s happened for me personally, is that I’ve been telling the story more frequently of how our different communities worked across race to stand up for civil rights. And, you know, the late ‘60s, early ‘70s, how our community got awakened because of the civil rights movement. And, and I really think that, one of the big things that we did not tend very well over the decades is that cooperation across races. We took it for granted and didn’t tend to it. Younger people were not as aware. And so the heartbreak of learning is happening right now.

Featured image is by Joe Mabel and is under a Creative Commons license.