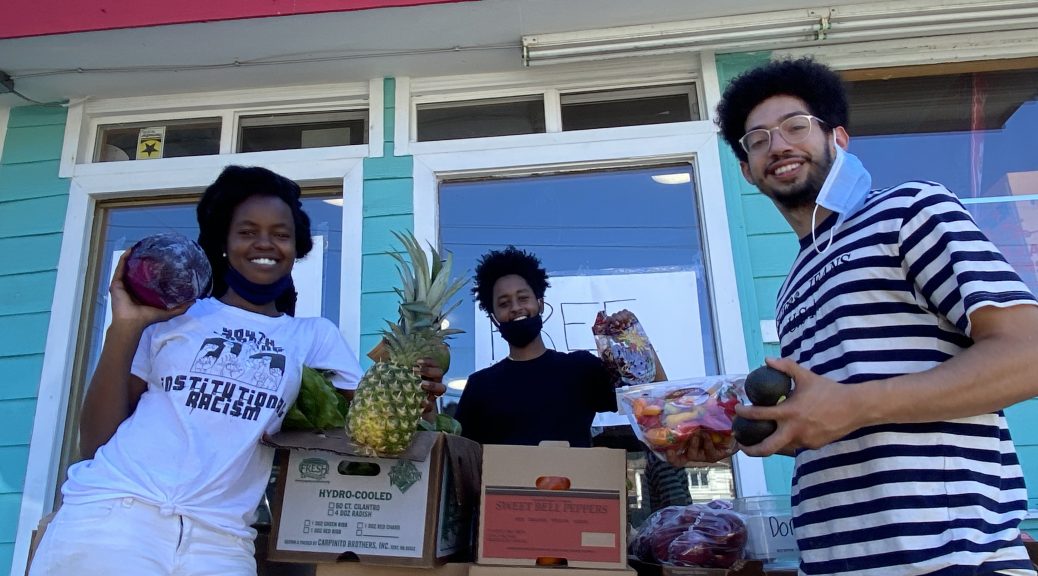 Hoping to transform itself into a community food hub, a family-owned corner store in the heart of the Central District is asking friends and neighbors to help raise funds for renovation and expansion.

Sami’s Store, formerly known as Jackson General, launched a GoFundMe campaign this week to collect donations in support of preserving the shop. More than that, the fundraiser aims to raise enough money to build out the store into a shared resource and meeting place, complete with a community kitchen, space for local artists, and access to fresh produce.

“I don’t know what the correct word is for it,” owner Sami Abera said in an interview with the Emerald. “I just want it to be a one-stop shop for people in the community.”

Sami’s Store already does much more than a typical convenience store. On a handful of occasions, most recently in collaboration with the Rainier Farmers Market, the shop has partnered with local organizations to help source fruits and vegetables and then distribute them — for free — to the community. An event planned for this Saturday, from about 2 p.m. to 7 p.m., will give away about 30 boxes’ worth of fresh produce. “We’re trying to make it a weekly thing,” Abera said.

Sami’s Store was opened more than 20 years ago by Abera’s parents, refugees who emigrated from Eretria, and was originally known as Jackson General owing to its location on South Jackson Street and 28th Avenue South, a historically Black neighborhood. Abera inherited the shop from his parents in late 2018, and today it’s known as Sami’s Store.

“My parents have been here for a while,” Abera said. “There are people who come to my store and say, ‘Oh, I remember when you were so young!’”

As gentrification has increased property values — as business has slowed during the COVID pandemic — the shop has struggled to keep up. The building that houses Sami’s Store was built in the early 1900s, Abera said, and much of the funds will go to renovation and upkeep — things like fixing a leaky roof and getting necessary electrical work done.

“The business is what pays for the building and property tax and all that, but the business is not doing so well right now,” he explained. “That’s what the fundraiser is for. We’re not making enough money from the business to keep up with the upkeep of the building. Eventually that’s going to lead to us having to sell if we can’t maintain this place.”

The fundraiser, which hopes to raise $100,000, would keep Sami’s Store in place and help establish the shop as a community hub. “Sami dreams of his corner store of being a place where his shelves are filled with local artisanal vendors, fresh produce grown by Black farmers, and various other everyday necessities,” the GoFundMe page says. “The renovations would also encompass space for cultural performers and a commissary kitchen, where local food vendors can cook and sell food. He’s committed to the preservation of the community he grew up in and building the platform for their collective economic advancement.”

Abera has also included his Cashapp account, $Samuelabera1, on the GoFundMe page, which he said he added at a friend’s suggestion. GoFundMe takes a percentage of all donations, he pointed out, while Cashapp lets him receive the full amount.

Abera has been working with local groups, including Nurturing Roots, a community farming program on Beacon Hill; coffee shop and Ethiopian restaurant Cafe Avole; and the Central Area Collaborative, a nonprofit focused on cultural and economic development in the Central District. The team describes the project as an important part of Black self-sufficiency.

“Black communities are not operating on the same playing ground as many other communities in our diverse economy,” the GoFundMe page says. “This has led to our real estate and businesses being preyed upon in the market with higher interest rates on our mortgages, lack of banks wanting to work with our community, and the lack of human capacity to fulfill the entirety of our business plans.”

Part of the buildout will include a mural painted by local artist Malcolm Proctor that will feature “symbols of black empowerment as well as what this community once represented, UNITY,” the page says. “We seek for this mural to bring attention to [the] collective struggle of Black & Brown residents in Seattle, that are under … constant threat of violence and displacement.”

Ben Adlin is a Seattle-based reporter