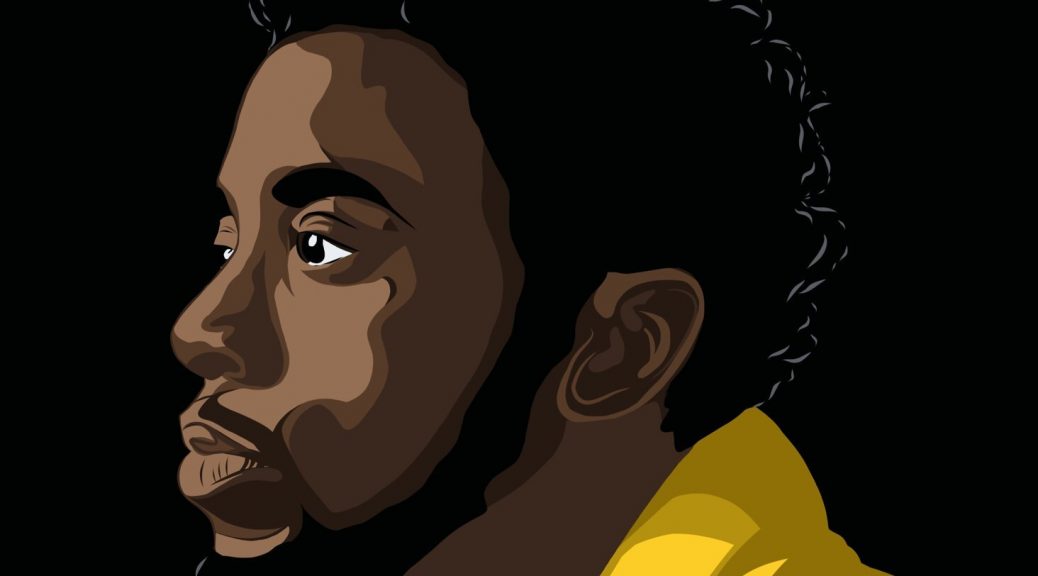 2018. I was a student in Y-Scholars, a college preparedness program for Black students. We took an out-of state trip to California for the Oakland Black College Expo and although we were there for business, we had time to play. The last bullet point on that day’s itinerary read, “dinner and special evening activity.” As I traveled from booth to booth at the College Expo, my mind wandered back to that bullet point as I wondered what our facilitators had up their sleeves.

My mind stopped roaming when we arrived at a movie theater that evening. The movie in question? Black Panther. With popcorn and drinks in hand, we sat in rows ready to see King T’Challa, played by Chadwick Boseman, who for many of us was our first Black superhero. For the next two hours theater etiquette was forgotten and unsolicited commentary, whoops and hollers, and deep sighs resounded in the theater.

Black Panther thinned the veil between reality and entertainment in so many ways. It made me realize that we, Black people, truly are the innovators of this world. From technological advancements to ancestor veneration to fashion trends, we are the blueprint. In retrospect, it also made me realize that Chadwick truly embodied the regality, dignity and strength of T’Challa.

2016. Chadwick Boseman was diagnosed with stage III colon cancer, a rampant disease that disproportionately impacts the Black community. According to the CDC, Black males and females have higher colorectal incidence and mortality rates than white people. Black males are 1.45 times more likely to die from colorectal cancer than their white male counterparts. While Boseman never spoke publicly about his diagnosis, people questioned and taunted his gaunt appearance, causing photos to disappear and comments to be turned off on his Instagram account. Despite his secret illness, he continued his career and developed an unforgettable variety of characters: Thoth in Gods of Egypt, T’Challa in Captain America: Civil War, Thurgood Marshall in Marshall, Andre Davis in 21 Bridges and Norman Earl “Stormin’ Norm” Holloway in Da 5 Bloods.

2020. Towards the end of a long day of packing and organizing, I was listening to some music, celebrating that day’s productivity. I hopped on Twitter as I do most days. To my dismay, the trending banner read, “Chadwick Boseman, ‘Black Panther’ Star, Dies at 43.” There have been certain celebrity passings that have shaken me to the core. Among them are Michael Jackson, Whitney Houston, Nipsey Hussle, and Naya Rivera. As tears fell from my eyes last week, I now realized that Chadwick was on that list.

Many celebrities took to social media to pay their condolences. In a tribute post, actor Denzel Washington wrote, “Hard to imagine the quiet pain and struggle you went thru all these years, yet still you shined and motivated us all.” Washington was a benefactor to a young Boseman who couldn’t afford tuition for the British American Drama Academy’s Midsummer program. Actress Angela Bassett recalled the full circle moment she had with Boseman during the premiere party for Black Panther. “He whispered that when I received my honorary degree from Howard University, his alma mater, he was the student assigned to escort me that day. And here we were, years later as friends and colleagues, enjoying the most glorious night ever…” Bassett reminisced in her tribute post, adding, “I am so honored that we enjoyed that full circle experience.” Ryan Coogler, director of Black Panther, authored a heart-wrenching tribute to the late actor that acknowledged the important role Boseman played in shaping T’Challa’s character. “The decision to have Xhosa be the official language of Wakanda was solidified by Chad, a native of South Carolina, because he was able to learn his lines in Xhosa, there on the spot,” recollected Coogler. “[Boseman] also advocated for his character to speak with an African accent, so that he could present T’Challa as an African king, whose dialect had not yet been conquered by the West.”

In addition to the adults paying tribute to Boseman, there have also been a slew of children whose lives were heavily impacted by the loss of the late Black Panther actor. St. Louis resident King Westbrook’s 7-year-old son Kian held a memorial with his “Black Panther action figure and other Marvel toys.” Reena Patel said her 6-year-old changed into his Black Panther pajamas when he learned of Boseman’s passing. My own 8-year-old brother said, “I was really surprised and really sad that he died. He played a really good role in Black Panther and he did a really good job in Avengers: Endgame.”

Like these children, I will always remember Chadwick Boseman as King T’Challa. Even though my first introduction to Black Panther was on that evening in Oakland, I saw it two more times in Seattle theaters and countless times in the comfort of my home. Because of this movie, many people were introduced to afrofuturism, a cultural aesthetic, philosophy of science and philosophy of history that explores the developing intersection of African diaspora culture with technology. Many people began to dream of a world beyond systems of oppression like racism and colonization. Above all, many people began to critically think about enacting these ideas in real life and creating a better life for Black people and other people of color. There is much to be said about Chadwick Boseman’s short but fruitful career, especially as a disabled Black man. He was an actor, a visionary, a friend, a husband. He was Chadwick Boseman.

Allani Seals is a Black and Filipino woman born and raised in South Seattle. As a recent University of Washington graduate, she works for the local non-profit organization BRAVE as the Trailblazers Program’s Lead Program coordinator.

Featured image is attributed to Commission Art under a Creative Commons 2.0 license.