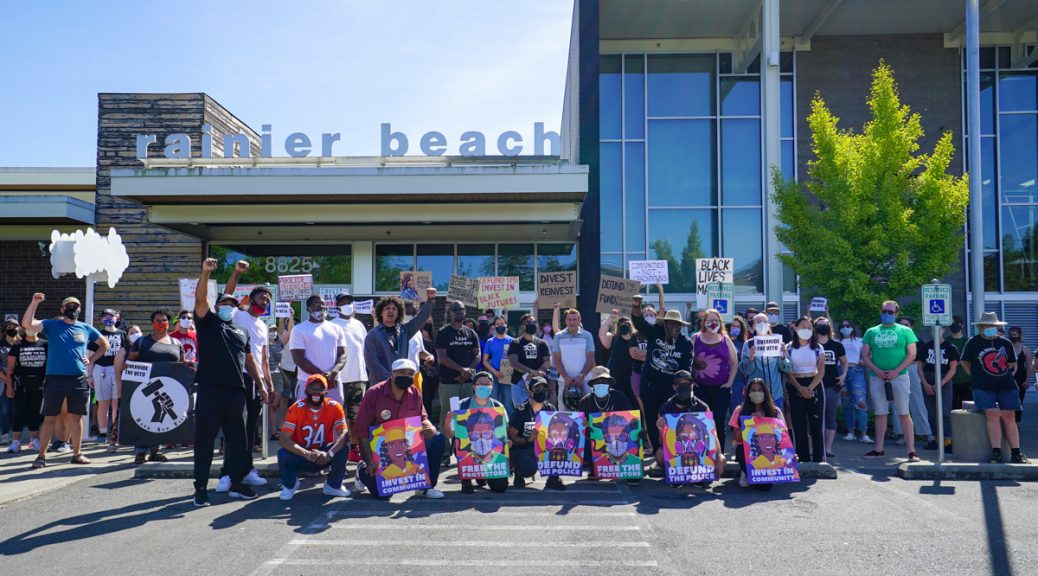 Organized by King County Equity Now and Decriminalize Seattle, the caravan drove sequentially through all seven city council districts of Seattle, with the protest beginning at the Duwamish Longhouse on Marginal Way in West Seattle and ending on the stairs of the Seattle City Hall downtown.

“Seattle City Council, stand on the right side of history,” activist, attorney, and teacher Nikkita Oliver said at Cal Anderson Park. “You already started it, you knew the mayor was going to veto it, now show us you really meant it.”

On August 21, Durkan announced that she would veto the City Council’s budget proposal, which cuts $3.5 million from the SPD’s remaining budget for 2020, eliminates the Human Services Department’s Navigation Team, and removes 100 SPD officer positions.

Activists like Oliver said they are still pushing for a 50 percent cut to the SPD budget in 2021, and while the council’s cuts fell short of that goal, overriding the veto is the immediate priority of the movement to defund police and put money into the hands of the Black community.

Monday’s caravan began at 1 p.m. at the Duwamish Longhouse and stopped at the Rainier Beach Community Center, Cal Anderson Park, the Burke Museum, the North Police Precinct, the Ballard Commons, and Seattle City Hall. Meanwhile, those who were unable to join the caravan tuned into a livestream on Decriminalize Seattle’s Facebook page.

To mark Labor Day, former employees of Trader Joe’s, a University of Washington custodian, and other workers spoke about how racism should be combated in and outside of the workplace. As the caravan travelled around the city, livestreamers spoke to young activists supporting Black Lives Matter and elaborated on participatory budgeting plans.

Garrett urged the City Council and the mayor to think carefully about upcoming decisions.

In an interview with the Seattle Times, Mayor Durkan argued that she was compelled to veto the proposal on SPD budget cuts after the City Council failed to consider her advice and that of former Police Chief Carmen Best. Conversely, Council President M. Lorena González referred to the mayor’s actions as “the hammer of the veto” and maintained that “the people closest to the injustices are also the closest to the solutions.”

As the City Council goes back in session this week, it remains unclear whether the Council will choose to override the veto or to negotiate with the mayor on the remaining budget for 2020.