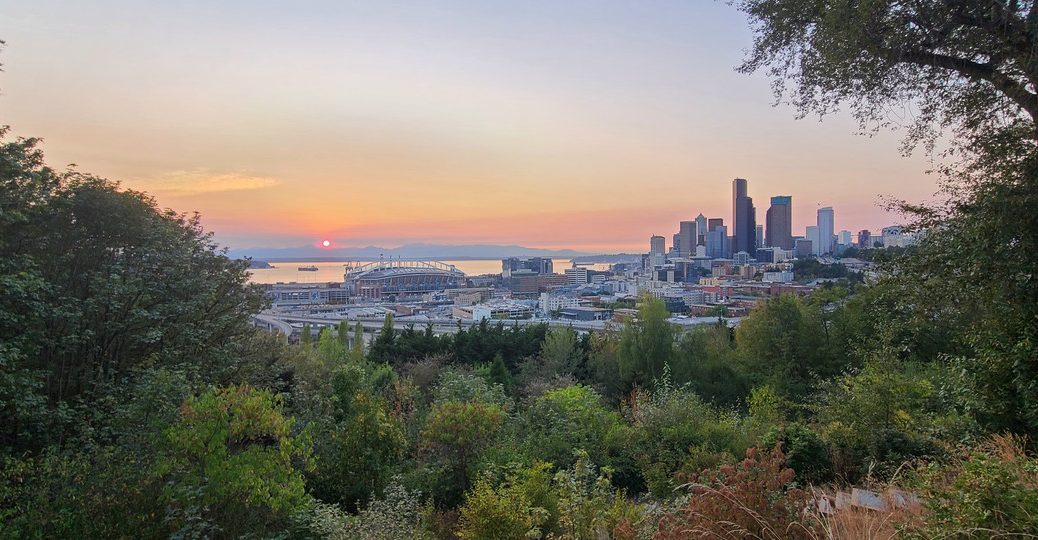 The smoke that has blanketed the majority of the Pacific Northwest this week is affecting the South End of Seattle more than other parts of the city, according to the Washington State Department of Ecology.

As of Wednesday, the five places in Seattle with the highest indicators of poor air quality — measured in Air Quality Index (AQI) scores — are all in the South End. Areas around the International District (161), Georgetown (159), and Allentown (155) all have scores over 150, which are considered “Unhealthy,” while Beacon Hill (145) and South Park (135) have scores between 101 and 150, which are deemed “Unhealthy for Sensitive Groups.” Further south, Kent has a score of 159.

The only score available for a location on the north end of the city is Lake Forest Park, which has a score of 125.

Before the smoke rolled in on the evening of Monday, September 7, no part of Seattle had a score above 100. The vast majority of the time before Monday, air quality across the city was considered in the “Good” range, with scores less than 50.

The dramatic shift in overall air quality is primarily due to the increase in particle pollution (PM 2.5), which is composed of inhalable particles of matter that are less than 2.5 micrometers in diameter and float in the air for longer than most other microparticles. Common sources of PM 2.5 are vehicles, construction and agricultural dust, outdoor burning, industrial facilities, and wildfires. In 2012, the national standard for PM 2.5 was lowered from 15 micrograms per cubic meter to 12 and the PNW region has largely stayed under the limit, except in 2017 and 2018, years with more destructive wildfires.

Many neighborhoods in the South End are no strangers to bad air quality. For residents of the Duwamish Valley, where industry is active and life expectancy has been decreased by ongoing air pollution, the arrival of wildfire smoke is another blow. “The Duwamish area is industrial and has historically had more pollution than other parts of the city,” said Matt Kedlec, a toxicologist for the Washington State Department of Ecology. “But everyone is getting hit pretty hard by the smoke right now.”

Since the smoke arrived earlier this week, PM 2.5 measurements have been mostly above 30 across the southern parts of Seattle and have topped 100 micrograms per cubic meter in Georgetown and Allentown. PM 2.5 measurements more than 35 micrograms per cubic meter are considered “Unhealthy for Sensitive Groups” and higher than 55 is deemed “Unhealthy.”

Smoke from wildfires around the state prompted a warning from the National Weather Service about unsafe air quality, which has been extended through Thursday. “Powerful” easterly winds have carried the smoke from numerous large fires in eastern and central Washington to the west side of the Cascades, but other fires around Graham, Bonney Lake, and Sumner have also contributed to the smoky atmosphere in western Washington.

According to the Northwest Interagency Coordination Center’s large fire map, the largest fires currently blazing are the Pearl Hill Fire near Colville (174,000 acres burned), the Whitney Fire near Davenport (167,000 acres), the Cold Springs Fire near Omak (163,000 acres), and the Evans Canyon Fire near Yakima (75,000 acres). There are more than a dozen fires of at least 100 acres currently raging around the state, and eight fires of more than 5,000 acres.

In a press conference Tuesday, Governor Jay Inslee said that an estimated 330,000 acres had burned on Monday across Washington, which is more than any of the past 12 years. There are currently about 100,000 people across the state without power because of high winds and fires, the governor added.

“This is an unprecedented event,” Inslee said. “We’ve fought [fires] before and we know how to do it, but these conditions were unprecedented.”

When the air is considered unhealthy for sensitive groups, people with the following conditions should take extra precautions:

Everyone, especially these people, should limit time spent outdoors and should limit themselves to non-strenuous indoor activities. Keeping windows closed, running air conditioners on recirculate, changing filters on indoor air cleaners, and wearing facemasks can also help to curb the effects of particle pollution from the wildfire smoke.