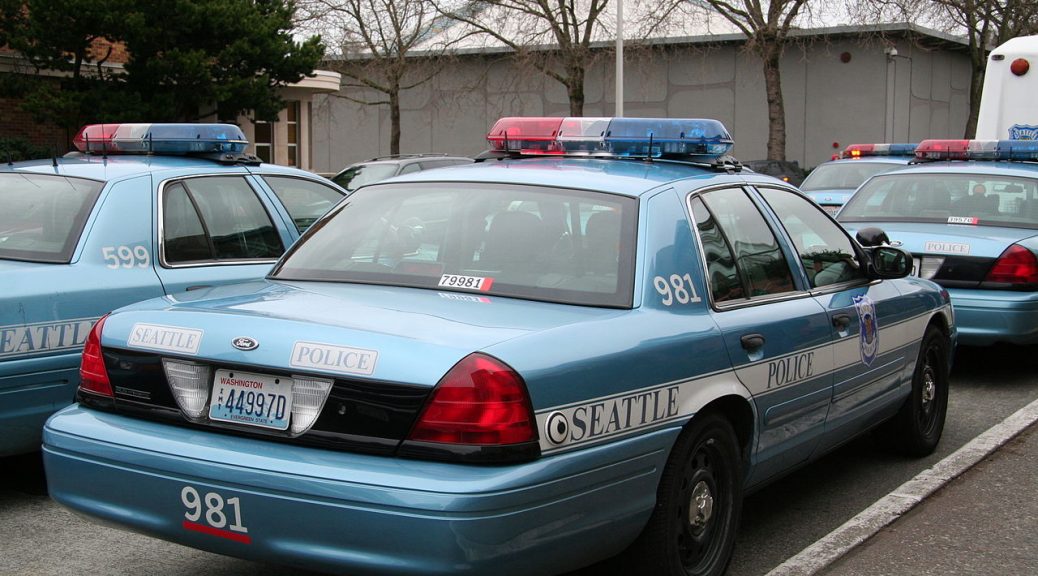 (This article was originally published on The C Is for Crank and has been reprinted under an agreement.)

As part of the staffing transfers that Interim Seattle Police Chief Adrian Diaz announced last Tuesday, the Seattle Police Department is in the process of moving 88 officers to patrol duties, with more transfers to follow. Those reductions include 29 Community Policing Team members, five members of the department’s Intelligence Unit (used to identify crime hot spots and to determine where patrol officers will be deployed), and five members of the department’s Domestic Violence Unit — nearly a quarter of that unit’s staff.

Despite assurances from both Chief Diaz and Mayor Jenny Durkan’s office that the department is working to ensure that the staffing transfers don’t limit the Domestic Violence Unit’s efficiency and capacity, sources both outside SPD and inside the unit itself are raising concerns that the move will undermine domestic violence investigations.

“Of course I’m concerned,” said David Martin, the head of the King County Prosecutor’s Domestic Violence Unit, which works with the SPD unit on felony cases. “It’s hard to imagine this not increasing the caseloads for the remaining detectives, and that can take a toll on the thoroughness or speed of the investigations.” That increase in caseloads would have happened this year even without the staff transfers, he said, given the recent surge in domestic violence cases in the county.

According to Martin, SPD’s Domestic Violence Unit plays a crucial role not only in investigating domestic violence cases, but in conducting follow-up with offenders, including serving protection orders and removing guns from offenders’ homes. In fact, SPD’s Domestic Violence Unit was created specifically to shift those duties away from patrol and into a specialized unit trained specifically in managing domestic violence cases.

The SPD Domestic Violence Unit is also a part of King County’s Regional Domestic Violence Firearms Enforcement Unit (RDVFEU) — a collaboration between county and city prosecutors, the sheriff’s office, and the SPD unit; the SPD detectives are responsible for serving protection orders and removing guns from the domestic violence offenders within city limits. The RDVFEU has recovered 30% more firearms this year than they had by the same time last year and has seen a 104% increase in Extreme Risk Protection Order filings, which mandate the removal of a firearm from domestic violence offenders.

Retired judge Anne Levinson, who led the effort to establish the regional firearms unit, is worried that the cuts to SPD’s Domestic Violence Unit will undermine the department’s commitments to their regional partners. “My concerns are both the ability to swiftly and strongly enforce the law and the importance of quickly serving protection orders and removing firearms when those orders are served,” Levinson said. “Both those are put at risk by those cuts.”

An officer who works in SPD’s Domestic Violence Unit, who spoke on the condition of anonymity, echoed the concerns of Martin and Levinson, saying they can’t fathom how their colleagues will be able to process ever-growing caseloads with fewer investigators. The officer said they are especially concerned about the unit’s Elder Crimes division, which will lose two of its three officers. The division is responsible for investigating physical abuse, neglect, or financial abuse involving senior citizens.

Mirroring the broader surge in domestic violence filings, the officer said, the Elder Abuse unit has also seen their caseloads increase during the past year, which they credit to pandemic-related isolation. “The elder abuse team’s numbers are always increasing,” they explained, “and during the pandemic, there’s less supervision of elders because people don’t want to infect them, so they can be hugely vulnerable to abuse.”

In his press conference last week, Interim Chief Diaz said that increasing the number of patrol officers will enable faster 911 responses;  that distributing patrol duties between a larger number of officers will reduce on-the-job stress and allow those officers more time to build relationships with community members; and that decreasing the number of officers assigned to special units — who Diaz said often work more overtime — will lower the department’s overtime spending.

Durkan spokeswoman Kelsey Nyland said Durkan supports the transfers because they serve Diaz’s goal to “focus the culture of SPD — including patrol — on community and neighborhood policing” and “lay the groundwork to create a department that is less centered around individual, siloed specialty units and instead can handle a total collection of incidents.”

As for concerns about the ability of SPD’s Domestic Violence Unit to investigate cases, aid in prosecutions, and provide follow-up for victims, the mayor’s office doubled down on last week’s assurance that “SPD will be closely monitoring the data for any potential negative impacts and making data-informed decisions about staffing and allocation of resources.” Nyland added, “If SPD doesn’t have enough officers in patrol to be quickly dispatched to initial incidents of domestic violence, then the subsequent detective work loses much of its purpose.”

But according to Judy Lin, the Senior Managing Attorney for the pro bono family law programs at the King County Bar Association (which deals with domestic violence cases), improving 911 response times to domestic violence incidents does less to ensure the safety of victims than the follow-up work provided by the Domestic Violence Unit.

“A 911 response never resolves a domestic violence incident. What you’re dealing with are survivors who have a relationship with the abuser involving a pattern of coercive control,” Lin said. “Relying on police response to address domestic violence lacks understanding of what survivors experience when they encounter the legal system because neither the domestic violence nor the legal process ends with that 911 call.” If the reduced Domestic Violence Unit struggles to keep up with casework, she said, “it is more likely that abusers will not be held accountable … Without [an efficient Domestic Violence Unit] there are so many reasons for survivors to not follow through with the criminal case when they assess the risks of doing so to their safety and that of their children.”

Lin also added that patrol officers responding to domestic violence incidents can actually make victims less safe. “If survivors reach out to law enforcement who don’t have specialized training, it can increase the risk of harm and lethality,” she said.

And elder abuse cases often don’t involve a 911 call at all, said Nadia Armstrong-Green, a Senior Rights Assistance administrator with Sound Generations, a King County nonprofit that serves older adults and adults with disabilities. “A lot of elder crimes involve some form of financial abuse,” she said, “and I often advise people to get the police involved, but many of our clients are reluctant to do that. Most people don’t see fraud or identity as an emergency.”

According to the Domestic Violence Unit detective, problems may also arise from transferring detectives who haven’t been on patrol in several years without adequately preparing them for their new patrol positions. One of the domestic violence detectives who will be transferred, they say, hasn’t been in the field for nearly a decade. “I’d think [they] would need some kind of modified field training before [they] would be prepared to work as a single officer unit. There have been technological changes, policy changes … a lot has evolved for patrol officers.” Instead, they say, the transfers will receive only about a week of training before they are deployed on patrol on September 16.

Featured image is by zeraien via Wikimedia Commons (image is under a Creative Commons license).