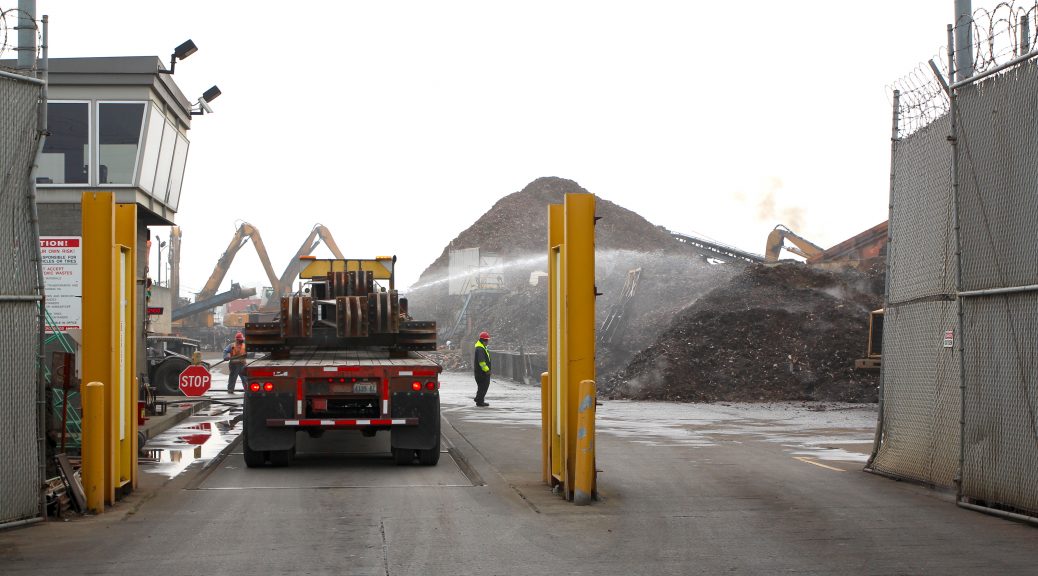 SIMC, a scrap metal and vehicle recycling facility on the 600 block of South Myrtle Street, agreed to new pollution control measures with Puget Soundkeeper, an environmental nonprofit, in a settlement reached in January 2019. The initial settlement required SIMC to make over $1 million worth of improvements at its facility to control air pollution, wastewater emissions, and polluted stormwater discharges. Under the settlement, SIMC also agreed to pay $200,000 to the Rose Foundation to fund local restoration and pollution mitigation work in the community.

The additional $90,000 that must be paid by SIMC comes after the corporation and Soundkeeper amended their settlement on August 31 to account for deadlines that SIMC failed to meet in improving its pollution control measures. The funds will be paid out to Just Health Action and Seattle Parks Foundation in the amounts of $45,000 each “for environmental and human health benefit projects in the Duwamish River and central Puget Sound watersheds.”

“It is important that Seattle Iron and Metals be held accountable for its commitments to control its pollution,” said Josh Osborne-Klein, Puget Soundkeeper interim staff attorney. “For far too long, this facility has been contributing to the disproportionate environmental burden carried by Duwamish Valley residents.”

While SIMC met some of the requirements in the initial agreement, SIMC did not apply for permits for the air pollution control equipment needed to decrease its pollution discharges by December 2018. SIMC did not submit the necessary permit applications until August 2020. This failure to meet established deadlines resulted in delays in installing dust-collecting equipment, such as a trommel enclosure, wind fences, and an enclosure for SIMC’s high-volume, open-air metal shredder. Permitting for the equipment is already underway, but the permit and construction processes are anticipated to take from several months to multiple years to complete.

“The community has been subjected to all this dust pollution for way too long already and then we have a delay in their permitting process, which results in even further impacts to the community from dust. And now they’re telling us another two years,” said Osborne-Klein. “That was just unacceptable to us … I hope this sends a message to all facilities in the Duwamish Valley that are operating under old pollution control systems and not consistently meeting the requirements under the Clean Air Act and the Clean Water Act. I hope it sends a message to all of them that they need to clean up their acts.”

In the event that SIMC fails to install the deduster by the amended deadlines, SIMC could pay up to an additional $25,000 in “supplemental project funding” to Just Health Action. The amended settlement also includes penalties for SIMC if it fails to comply with the new deadlines, such as $1,000 per day to Just Health Action for each day in which it violates the deadline.

Additionally, the new agreement prohibits SIMC from operating its shredder equipment — a major source of air pollution — on Saturday afternoons, Sundays, and federal holidays during the dry season (May 1 to September 30) until the new air pollution control equipment is fully permitted and operational. SIMC must also perform continuous dust emissions monitoring under the direction of a mutually-agreed-upon air pollution expert for two more years after the air pollution controls are operational to determine their effectiveness, and take additional corrective actions if the expert determines the controls are not effective in reducing dust concentrations.

SIMC must continue to follow all other guidelines that were agreed upon when the initial case was settled in 2019.

The original suit alleged numerous violations of permit limits for discharges into the Duwamish River and air emissions containing toxic metals, polychlorinated biphenyls (PCBs), and other dangerous substances. Soundkeeper initiated the litigation with the goal of reducing the amount of pollutants from SIMC’s operations that are discharged into the Duwamish River and contaminate the air in Seattle’s Georgetown neighborhood. As well as substantial heavy machinery and truck traffic, the SIMC facility has a fueling station, a large crane to transport scrap metal to and from barges on the Duwamish, and large piles of scrap metal in various stages of processing.

The lower part of the waterway, into which SIMC contributes pollutants, is on the EPA’s Superfund National Priorities List for cleanup.

A 2013 report that examined a range of disproportionate health exposures and impacts affecting people in the Duwamish Valley revealed that the 98108 zip code (where SIMC is located) has some of the worst air quality in the region and that, compared to the rest of King County, Duwamish Valley residents are more likely to live in poverty, be foreign born, have no health insurance or leisure time, and are more likely to be sick. Georgetown and South Park residents have up to a 13-year shorter life expectancy at birth than those in wealthier parts of Seattle. In addition to the recent wildfire smoke affecting Seattle’s South End more than its north, COVID-19 has also hit South Seattle harder than other parts of the surrounding area.

“Especially today, given the unacceptable levels of air quality in the Duwamish Valley, we are grateful that our coalition member, Puget Soundkeeper, has ensured that penalties will be placed on Seattle Iron and Metals,” said Robin Schwartz, a South Park resident and advocacy manager for the Duwamish River Cleanup Coalition. “Our community, and especially our youth and children, deserve healthy air to breathe. Going forward, it is our hope that SIMC meets its air pollution control deadlines as required, and that people living in the Valley can coexist healthfully with industry.”

“The heavy contamination of the [Duwamish], coupled with the tenacious bioaccumulative properties of PCBs, illustrates the significant hazard this pollution poses to aquatic life and to the health of Washington citizens, especially Native American peoples, who consume and commercially harvest fish and shellfish,” said Washington State Supreme Court Justices Steve Gonzales and Mary Yu in 2018. “To combat and protect against these risks, we must zealously guard our natural resources. Granting an effluent permit that fails to ensure compliance with our strict water quality standards does little to protect these resources and will ultimately contribute to the continued contamination of the [Duwamish]. Entities have no right to pollute state waters.”