Did you hear about the rose that grew
from a crack in the concrete?
Proving nature’s law is wrong it
learned to walk with out having feet.
Funny it seems, but by keeping its dreams,
it learned to breathe fresh air.
Long live the rose that grew from concrete
when no one else ever cared.

-Tupac Shakur, “The Rose That Grew from Concrete”

That’s the way Reagan Jackson described the craft of writing to me the first time we met. It was during a one-on-one writing session at Hillman City’s Tin Umbrella (now Onda Origins Cafe & Roastery).

I almost trembled with intimidation that first meeting. I was mere months removed from blogging in my pajamas in the basement of my parents, house after I forewent the lucrative and luxurious world of high finance to eke out a “living” as a journalist.

She, on the other hand, was an accomplished poet, spoken-word artist and author, who could do with a sentence what Mozart once did with piano keys and Van Gogh did with a paint brush: stir beauty, capture passion, and treats the world to something that’s loose translation equates to genius.

As the aroma of Ethiopian Java beans filled the air she asked me to write the best sentence I could, which in those days meant usage of diamond-studded words when those worth a nickel would do. Out popped a laboriously constructed 50-word sentence replete with so many serial commas, I’m surprised any remain in existence today.

It took a while, but after several “shorters”, and flashbacks to the sociopathic jazz instructor in the movie “Whiplash,” I arrived at a 10-word sentence she found said everything and more than the 50-word verbal monstrosity my pen had spawned earlier in our session.

“See?” she said, mentally transporting us to the rose garden at her house on Kenyon Street. “It’s like pruning roses, clipping away at the unnecessary, the wasteful, the superficial, until you arrive at your finest and most authentic form of expression… much like life.”

She then smiled what I’ve come to know as the Regan Jackson smile she directs at her protégés. The one emitting warmth, which also communicates, “Your best is yet to come.”

It’s one I’ve grown accustomed to over the years, seeing it many times in her nurturing of hundreds of girls at Young Women Empowered (Y-WE). Reagan has turned down more lucrative careers to work as the program manager of their leadership program for predominantly immigrant and young women of color, teaching writing workshops and organizing seminars with influential women.

I see it so often at her readings around the South End of “Coco LaSwish,” her children’s book series of the rainbow-tailed fish, as adoring children absorb its theme of inclusion and acceptance.

A native Wisconsinite, she gives it liberally whenever sitting down to discuss the state of affairs in our neighborhood of Rainier Beach and the overall South End, and she says, “I’ll be damned if I’m going anywhere else.”

That resoluteness and pride she feels about her community appears in every page of her soon to be released book, “Still Here: A Southend Mixtape.” Her words are a welcome antidote to society’s chronic diseases of white supremacy, patriarchy, and an endless list of phobias.

She’s continued to share that particular smile with me throughout the years, whenever I’ve been at my wit’s end, running on fumes, ready to discard dreams, ready to return to the world of barren decadence the finance world offers. 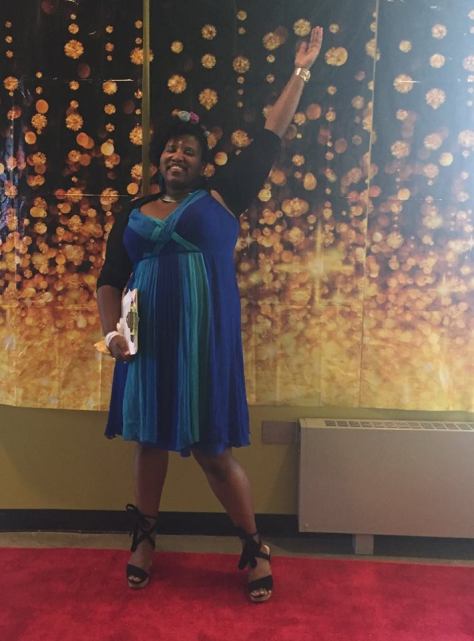 I try to mimic that smile when I tell her she shares companionship on a pedestal with Audre Lorde, Nikki Giovanni, and Rita Dove, except she’s Reagan Jackson: incredulously slept-on, woefully underappreciated, and criminally undervalued (especially in Seattle). But admired just the same by every organizer, aspiring writer, activist, and local fortunate enough to be treated to a phrase of hers.

She deserves her words, her ideas, and her poetry to be as widely read and distributed as can be.

While the mastery of pruning roses still eludes me from time to time, I do know it’s best to give loved ones their flowers while they’re still alive to smell them.

Marcus Harrison Green is the publisher of the South Seattle Emerald. Growing up in South Seattle, he experienced first-hand the impact of one-dimensional stories on marginalized communities, which taught him the value of authentic narratives. After an unfulfilling stint in the investment world during his twenties, Marcus returned to his community with a newfound purpose of telling stories with nuance, complexity, and multidimensionality with the hope of advancing social change. This led him to become a writer and found the South Seattle Emerald. He was named one of Seattle’s most influential people by Seattle Magazine in 2016 and was awarded 2020 Individual Human Rights Leader by the Seattle Human Rights Commission.