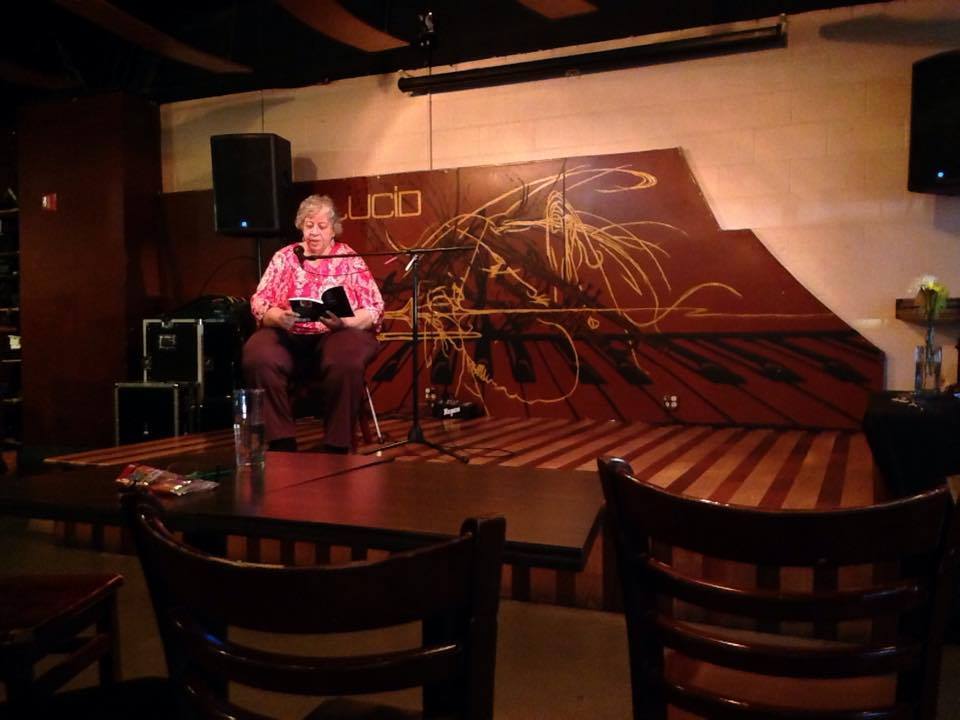 Lola E. Peters lives in Seattle. She’s worked for corporations and non-profits and is a noted poet and essayist. Recently, Peters released a book of essays titled, “The Truth About White People: Essays for and About White People in These United States of America.”

Like Peters, I was born to an African-American father and a European-American mother. The title of her book sparked my curiosity. I wanted to know what Peters had written in her 15 essays. What truths did she believe white people needed to know?

After reading “The Truth About White People” I can say this: The truths won’t come as much of a surprise for someone who’s done any serious thinking, reading, or research into the cause and effect of institutional racism. When Peters writes something like “There is nothing wrong with young black men that isn’t also wrong with young white men,” I’m like, “Yeah, duh.”

But then I remember that this isn’t a “Yeah, duh” moment for everyone. For some people this is a new idea. And for some people this is an idea they strongly disagree with. In my life, and with the people I interact with, it can be easy to forget a lot of people haven’t done any thinking about institutional racism or their place in it. And for those people, this book is good place to start.

Throughout the book’s 15 essays, Peters draws heavily on her personal experiences. For example, when she talks about why it’s offensive for white people to correct black people about black culture, Peters tells the story of when she attended a workshop on grant writing in Seattle. At the start of the workshop, everyone went around to introduce themselves and explain why they were there. When her turn came around, Peters explained she organized dance and poetry performances for black artists in Seattle. “You mean spoken word,” a white woman at the meeting said.

Nope, she didn’t. She meant poetry. (Another example of a “Yeah, duh” moment for me that might be a “Wait, how is that racist?” moment for someone else.)

Throughout the book there’s a reoccurring idea that white people need to learn what white privilege is and understand how privilege created the society we live in today before we can even begin to think about starting to dismantling racism.

Some parts of the book are more enjoyable than others. Peters repeatedly draws on the same stories from her childhood and adulthood in multiple essays. Also, the book has a mild self-congratulatory tone, which is somewhat off putting. For example, Peters calls herself a “genius” during a story about taking an IQ test as a child. Yeah, she put “genius” in quotes, but still…it’s distracting. It’s hard not to roll the eyes after reading the passage where she explains she has “a mind that does amazing and wonderful things that other people’s minds can’t even begin to do.”

That being said there are some amazingly powerful moments as well. In one essay, Peters talks about sitting in on a conversation about racism among a group of white liberals. Before the conversation started, the group was insistent that the talk be held in a “safe space” with “no wrong answers.”

Multiple times in the book Peters mentions how she hopes these ideas, histories, and truths fall into the hands and minds of young people—into the hands and minds of my generation. “I also hope white people, especially Millennials, will recognize the need to change their own paradigm and liberate themselves from the destructive legacy of whiteness,” Peters writes. “I hope they will join people of color in the very hard work of dismantling the structures that perpetuate [racism].”

Get this book into the right hands and “The Truth About White People” could help transform a lot of uncomfortable, unintentionally racist moments into “Yeah, duh that’s racist!” moments for your well meaning (but clueless) white friends, family, and loved ones.

Liz Pleasant is an Editor for YES! Magazine and a Seattle based poet.

One thought on “Book Review: The Truth About White People”