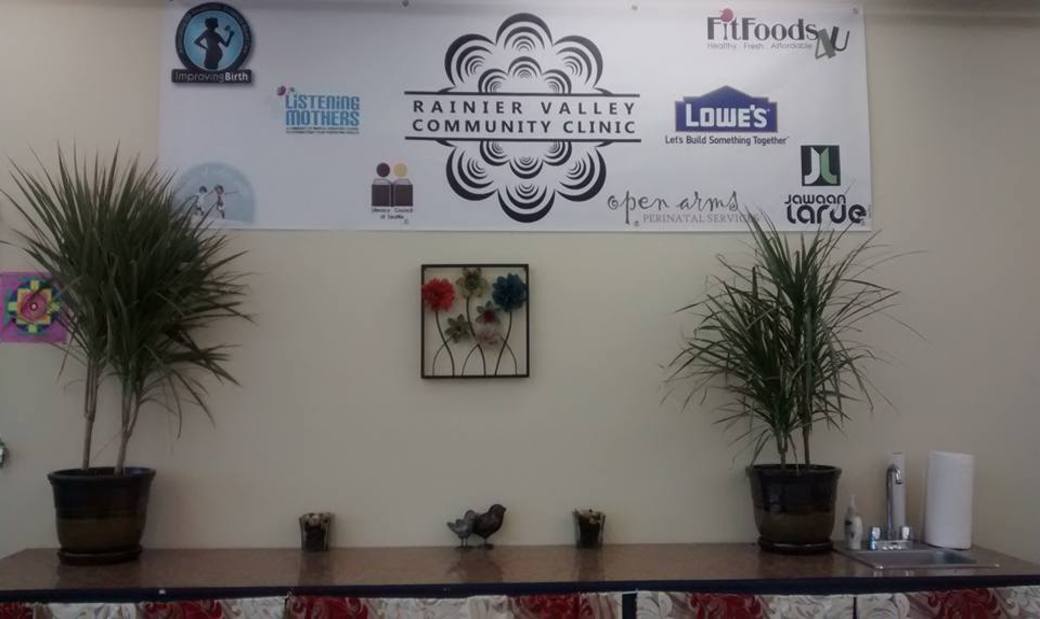 On Friday the Rainier Valley Community Clinic (RVCC) celebrated the grand opening of their new location on 33rd Ave South in the Mount Baker neighborhood. The Clinic, which first opened last September, moved from its original location at a Speed-E-Mart parking lot in Rainier Beach, where it opened to serve the Rainier Valley area’s underserved communities.

The community clinic, sponsored by the South Seattle Women’s Foundation, will “re-imagine how to bring equity in healthcare access,” according to Amy Martin, RVCC’s Executive Director.

King County and Federal assessment data indicated that residents of the Rainier Valley live in a “Medically Underserved Area.” The King County study showed that the average life expectancy for those living in the area is on average 17 years shorter than those in wealthier and less diverse areas, such as Mercer Island.

The co-founders of the clinic, Tara Lawal and Jodiyn Owen, opened it after working in South Seattle’s Seward Park neighborhood.

“We got a lot of calls from public health nurses who were operating in the Rainier Valley,” Tara recalled that those calls were often for emergency and sometimes rudimentary maternity care. The staff says that the discrepancies in care are rooted in racism and neglect by the city,  a disparity that they want to unpack and attack head on.

Grace Uomoto, a Registered Nurse and the clinic’s fertility specialist pointed out that the barriers that Women of Color, in particularly Black women, and those with low-incomes face are substantially great: “an In-Vitro Fertilization (IVF) cycle costs $12,000 on average, and if you don’t have at least an extra $1000 lying around then the help you need can be out of reach”.

The new clinic’s location is in a low-income/elderly care apartment complex. Martin pointed out that the complex’s elderly population is 85% female, and that the apartment’s families vary in size.

Grace, recounted a story of a mother visiting the clinic for the first time who pinched herself in disbelief; which according to Grace, drew a stark contrast from their experiences in neighborhoods north of the ship canal. “In Greenlake, no one would be pinching themselves,” she says.

This new facility is also a response to new programs that the RVCC will be launching in partnership with the University of Washington for a community-needs assessment this fall.

The clinic has also been awarded a grant from the March of Dimes Foundation for their Centering Pregnancy program in order to address the health of infants in the area. In Washington State, one in twelve babies (8.1%) are born prematurely. For the many seeking emergency infant or medical care in the area, the facility hopes that it can provide an alternative to long wait times and insensitive treatment people of meager means can often experience in hospitals.

The long-term goal of RVCC is to open a birthing center and a non-profit woman’s hospital. For now, the facility is in the process of being fully staffed with practitioners, volunteers and interns though it is also open to the general public, with a variety of payment options.