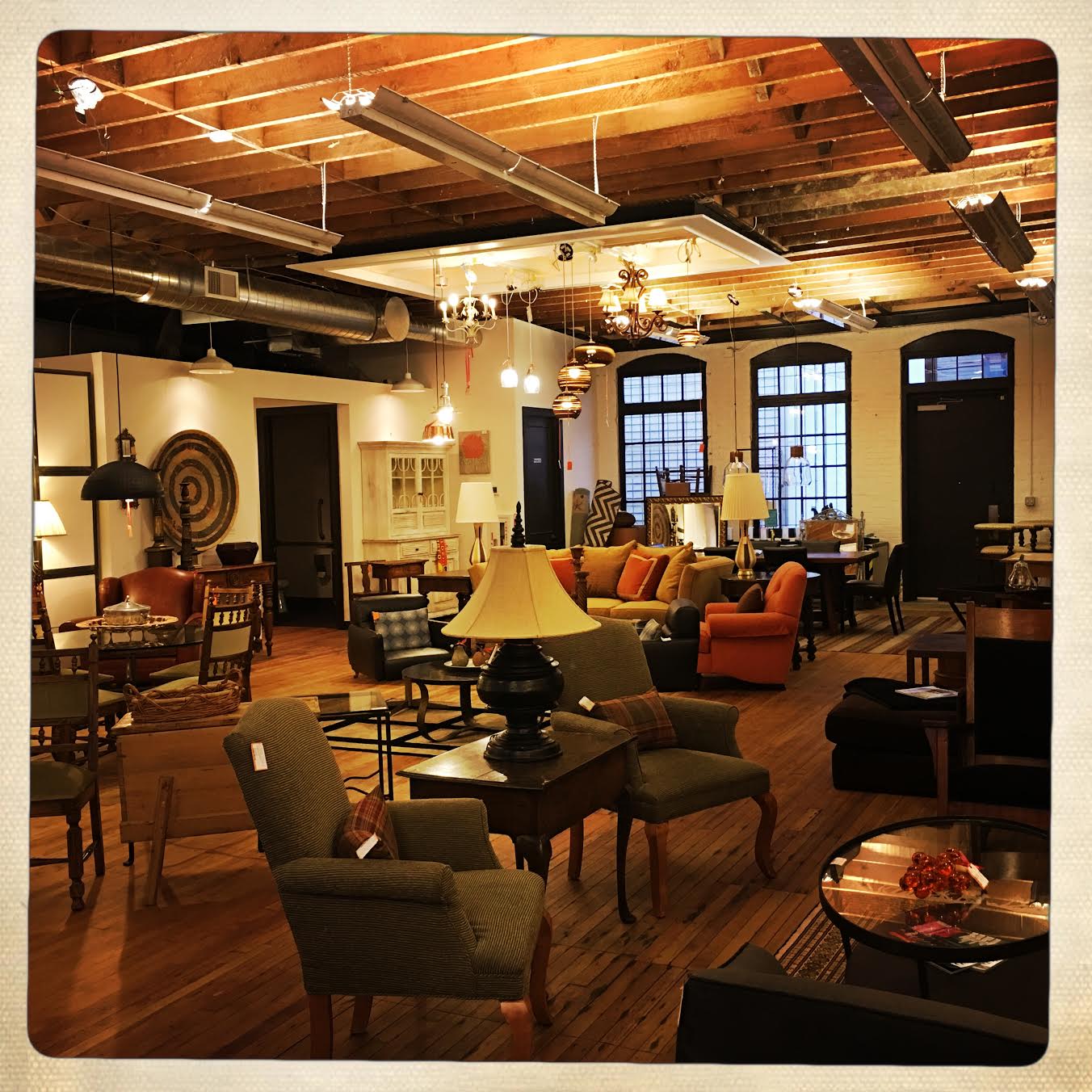 Seattle is home to several consignment furniture stores. Phase Two is the newest: it’s been open for about a year. A consignment furniture shop sells pieces on behalf of private sellers. The shop splits the sale fifty-fifty with the seller, and the buyer gets unique, high-quality pieces for way under retail.

One armchair I was drawn to at Room and Board was on sale for a quarter the price, and the Phase Two piece was in nearly new shape. Phase Two cleans and lightly refurbishes used furniture, then stages the furniture in an appealing way—which is harder than it sounds.

Phase Two succeeds at it. Walking into the store, with its exposed brick and warm lighting, is like walking into a giant loft apartment living room. A half dozen couches, clusters of armchairs, and assorted beds can be found in the store at any given time. They’re all set up like they would be in a home, as if fashionable dinner guests are about to appear at any moment.

That was the case on the 20th, when Buchanan set up a mid-century modern dining table with fancy hors d’oeuvres, booked a performance from a jazz guitar and bass duo led by Margaux Bouchegnies, and invited Mercer Estates to pour a number of their wines. Designers and real estate industry notables wandered through the shop, looking at chairs and dressers, and exchanged business cards. Many seemed to know each other already.

Business at Phase Two has been good, according to Buchanan. Any shop, especially a new one, has its ups and downs, but Phase Two has modestly exceeded Buchanan’s expectations. Buchanan is a veteran of the consignment industry. She’s worked at several shops around town, but Phase Two is the first store she’s owned and run herself.

“I’ve been in the consignment business for about eighteen years, so it’s something I love and I’m passionate about,” explained Buchanan, a short, middle aged white woman who wears her dark hair cropped short in a pixie cut. She wanted to open her own store before retiring.

“I figured [Phase Two] was my last opportunity to open up something that was mine,” Buchanan says. She’s enthusiastic and friendly. Buchanan greeted her guests with enthusiasm that outshone everyone in the room—including the teenage musicians, who played upbeat, energetic gypsy jazz for more than an hour.

Buchanan attributes Phase Two’s success to the South End’s quickening real estate churn and development across the city. With development on its way to Columbia City in particular, and the South End in general, Buchanan and Phase Two will have plenty to do.