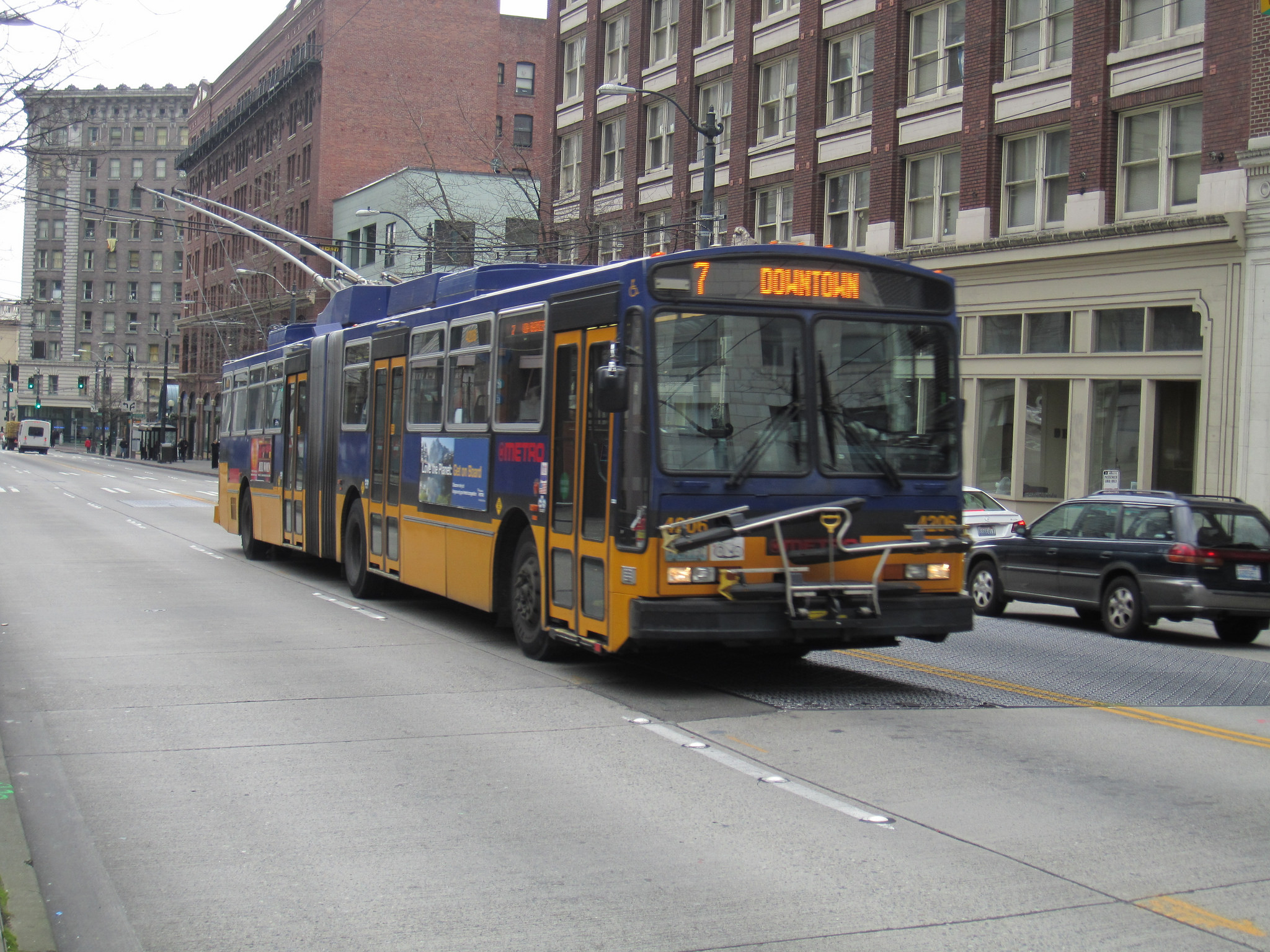 King County Executive Dow Constantine announced a plan on Tuesday to begin transforming King County Metro into its own department within County government by early 2019. The proposal will go to the County Council next year for a vote.

“This region increasingly depends on fast, reliable transit. So it’s no surprise that Metro is one of our most vital, visible, and popular services,” Executive Constantine said in a statement. “By elevating Metro as a standalone department, we can better encourage innovation and accountability so that we continue to make strong progress in mobility, delivering capital investments, focusing on employees, and forging strong community partnerships.”

Community revitalization group Rainier Beach Action Coalition was a recipient of the Office of Planning and Community Development’s initial round of $385,000 in funding under the Equitable Development Initiative (EDI).

EDI is the City’s effort to help ensure Seattle’s existing residents and businesses in vulnerable communities enjoy the benefits of development around the city, rather than being displaced by it.

“The Equitable Development Initiative is about sustaining an inclusive Seattle, where everyone has a place to call home and a path to a positive future,” said Sam Assefa, Director of OPCD. “By fostering local leadership and local organizations, we can help create stronger, more resilient communities. We are excited to expand this program in the coming months to reach other areas of the city.”

The City says EDI fosters community leadership and supports organizations to promote equitable access to housing, jobs, education, parks, cultural expression, healthy food and other community needs and amenities. The goal of the initiative is to reduce disparities and achieve equitable outcomes for historically marginalized communities.

SCIDpda/Friends of Little Saigon — $235,000 for capacity-building and predevelopment expenses in support of the Little Saigon Landmark Project.

Since November 2016, OPCD and partner departments, including Office of Economic Development (OED), Office of Housing (OH), Department of Neighborhoods (DON) and Office for Civil Rights (OCR), have been coordinating on the administration of the EDI Fund, which includes $16 million from the sale of Civic Square. Last year, the Seattle City Council approved an interfund loan of up to $6.5 million for access to the proceeds from the sale of Civic Square to support specific community-identified projects in Othello, Rainier Beach, Central Area and Chinatown International District/Little Saigon.

OPCD anticipates that an additional grant will be awarded this fall to support EDI projects in the Central Area.

Applications for Round 2 of EDI funding are expected to be released in late 2017.

Officers are still investigating after a man shot a woman and then killed himself in the Seward Park neighborhood Saturday night.

Officers were dispatched to the 5100 block of South Frontenac Street just after 8 p.m. Saturday for a report of a woman who had been shot.  When officers arrived, they found a woman with a gunshot wound to the leg and began first aid. Officers also discovered the suspect inside the home dead of an apparent self-inflicted gunshot wound.  Officers believe the suspect was the estranged husband of the victim.

Seattle Fire Department medics transported the woman to Harborview Medical Center where she is being treated for her injuries.

Detectives are also investigating an unrelated case, after a man was killed after being shot Thursday evening.

Officers were called to the 5600 block of Rainier Avenue South for a report of shots fired.  When officers arrived they found a man who had been apparently been shot.  Seattle Fire Department Medics took the man to Harborview Medical Center where he later died.

Officers with the help of K-9 and King County Air Support searched the area and located a gun but not the suspect. Witnesses described the suspect as a black male in his early 20’s wearing a yellow shirt and blue jeans.

Homicide detectives are continuing the investigation and are asking anyone with knowledge helpful to the case to come forward.