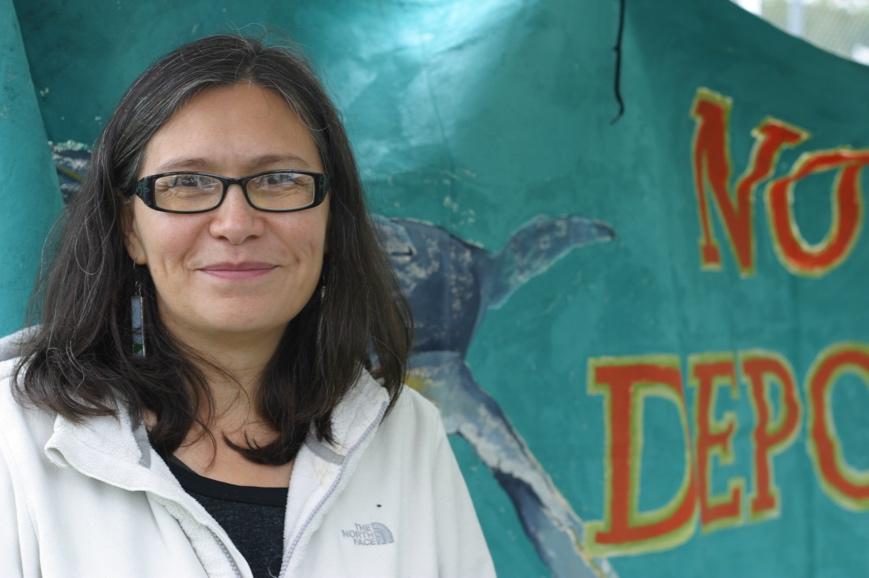 Fearing the violence associated with the insecure political climate in Mexico City, Mexico, Villalpando fled to the U.S. in 1992. Today, the Washington-based leader is a single mother, community organizer, published journalist, and social activist. But there is more to her than meets the eye  – her immigration status.

Villalpando’s experience as an undocumented immigrant has defined her life’s mission. Her focus is on ending the deportation of all undocumented immigrants in the US. “I just figured, I don’t want to die, so I decided to come here … I came with a tourist visa and my visa ran out, and I stayed,” she said.

The deportation problem is huge; the U.S. Immigration and Custom Enforcement conducted 315,943 removals of immigrants trying to enter the country without documents. According to her, if we allow authorities  to incarcerate and treat others poorly based solely on the ownership of a document, it won’t guarantee that the children of undocumented people will not be persecuted.

“They are children of immigrants. How are we going to guarantee them that they are going to be recognized as part of the country?”

Her current project is leading a group called NWDC Resistance. The group’s main focus is gaining better treatment and conditions for all undocumented immigrants held in the Northwest Detention Center (NWDC) in Tacoma, WA.

Living here while being undocumented has helped her gain trust among others who fear persecution in this country.

“It depends who I’m talking to. If I’m outside the detention center and I’m talking to families, the first thing I say is ‘I’m undocumented’. Sometimes I feel that if I say I’m an activist it sounds very individualistic,” she said, “It’s more like community organizer, because I feel like I’m helping organize a community I’m a part of.”

Villalpando has overcome immense challenges to get to where she is today. After moving to the U.S. she studied English, but was unable to get a degree due to nontransferable credit programs and college became unaffordable.  But not holding a degree has never stopped her in her work. In fact, she finds strength in knowing that a degree does not define her ability to lead as a professional.

“The more I got involved in this line of work of really organizing I realized this is my profession. So regardless of not having a degree, this is what I want to do, and I don’t need a degree to tell me that I’m good at this.”

In 1997, Villalpando gave birth to a daughter, Josefina Mora. This is when she says she found her primary purpose to fight for justice. She organizes protests, rallies, and marches, speaks at colleges, writes articles, runs her own nonprofit, and somehow still finds the time to meet with the press on a regular occasion.

She credits her advocacy to her upbringing. Being the youngest of 9 children and growing up in Mexico City, exposed her to an explosive political atmosphere from a young age. It was common for her to see marches and occupation movements on a regular basis.

She explained how Mexican people will take to the streets and literally fight the powers who suppress their communities.

“It’s hard not to be politically involved in Mexico unless you are really blind or you don’t want to,” she said, “It’s in your face. There’s the marches and people on strike sometimes for decades.”

With a combination of her family history, personal experiences, and concern for her child’s future, she renewed her passion; politics and social activism.

Always found in the front of movements she is part of, even despite her immigration status, Villalpando is a true leader. She participates in all the events, rallies, and marches and in her downtime can be found handing out fliers in the NWDC.

I was curious if she was fearful of being detained and deported now that she has publicly announced her status as an undocumented immigrant. She responded by highlighting a recent experience she had with a bus full of detainees awaiting deportation.

“We actually made contact with the people inside the bus. We could see their hands waving, and to me that’s when I realized this is why we did it. This why I don’t care if I get arrested right now, I don’t care if I get put into deportation proceedings. They saw us. They know what we’re willing to do to stop this.”

Villalpando’s plans to continue working in the NWDC Resistance and her future mission is clear.