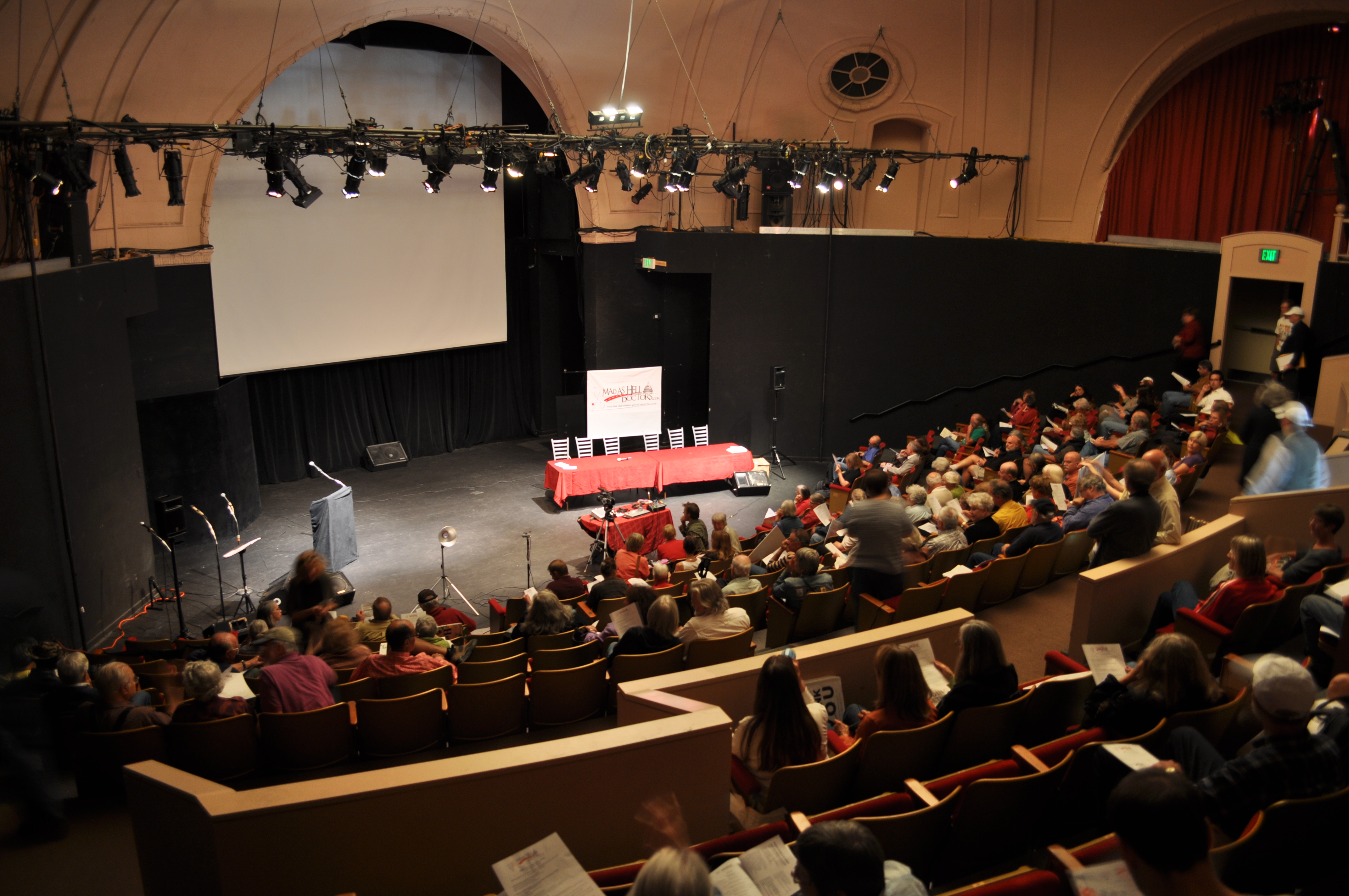 Have you seen the film Moonlight? It’s playing all around town right now and well worth seeing. It left me hankering for the annual African American Film Festival. Because of the transitions happening at Langston Hughes Performing Arts Institute (LHPAI), the Festival didn’t happen last spring, so my hunger for films “by us, for us” went unsatisfied. The good news: there’s a mini-festival happening on Thanksgiving weekend at LHPAI to hold us until next spring, when the full Festival can return.

Some background. Over the past year LHPAI has changed. In the past, LHPAI was responsible for managing the physical facility as well as providing programming for that facility. Now, the City’s Office of Arts and Culture (A&C) continues to own and manage the building, which will keep the name Langston Hughes Performing Arts Institute, but it will no longer be responsible for programming in that facility. A&C has contracted with a new, community-led and run, non-profit, called Langston, to provide programming. Staff responsible for the scheduling, use, and upkeep of the building continues as part of A&C.

I spoke with Inye Wokoma, Langston’s Board chair, to understand how this new relationship works and learn the fate of the film festival. He explained that Langston will continue the history of providing Black-focused programming for our region’s Black community. Their office space is in the LHPAI building, which they share with Central District Forum for Arts & Ideas. As an independent non-profit, they will have the flexibility to provide programming in multiple venues throughout the region, but LHPAI will be their “home.” They have an ongoing operating agreement with A&C that will provide them with basic funding to help with the transition. In exchange, they will provide the bulk of programming for LHPAI. Their vision is to provide an anchor for Black culture and Black-centered programming in the Central District.

One way Wokoma envisions implementing this vision is by working as partners with other, existing, organizations as producers or co-producers of their arts events. They also hope to eventually have enough of an overview of Black programming that will enable them to identify gaps that they can then find ways to fill. But baby steps…

The new organization is still in formation phase and building the infrastructure that will sustain the vision over coming generations. The founding Board, created after the 2015 visioning process, transitioned in May of this year to an eight-member Board, that is still growing and currently looking to add a professional accountant and an attorney. The Board is committed to doing things in ways that honor Black culture and tradition, rather than “the way it’s always been done,” says Wokoma. The outcome may mean a more methodical implementation, but he says they’re more committed to getting it right for the community than to doing something just for the sake of doing it.

Jazmyn Scott, who recently curated The Legacy of Seattle Hip Hop exhibit at the Museum of History and Industry, is serving as Interim Program Manager while a national search is under way to hire an Executive Director.

This past summer, Langston kicked off programming by partnering with The Hansberry Project and Intiman Theatre to produce the play Stick Fly and the final production of Power: From the Mouths of the Occupied. New programming is being limited because “We don’t want to hamstring a new Executive Director with programming they had no part in creating,” says Wokoma.

Coming up next, the Thanksgiving weekend mini-version of the African American Film Festival. Wokoma says, “We want to do this to let the community know we hear you and we are committed to keep this important program going.” As in years past, Langston has contracted with Zola Mumford and Karen Toering to curate the mini-Festival. Unlike past years, this event will not be juried.

When I spoke with Ms. Mumford about the films they have chosen, she assured me they were using the same standards as always: does the film tell a story from a Black point of view; are the production values high; is there something new in the craft of the storytelling; will our local community be enriched by it; is there a local connection to the film?

Friday evening’s opening film, Matthew Cherry’s Nine Rides, is the story of an Uber driver and his New Year’s Eve passengers. Shot entirely on the iPhone6s, Cherry’s second feature film explores relationship, fear, and the Black experience with law enforcement. There will be a post-screening discussion with Cherry via Skype.

Director Seckeita Lewis and writer Brandon Lewis will be present for Saturday afternoon’s screening of Jerico, the story of two best friends in rural Mississippi who set out, the morning the 1964 Civil Rights bill is passed, to fulfill their dreams. Danger and comedy ensue.

Sunday afternoon’s feature, I Am Not Your Negro, uses text from James Baldwin’s unfinished, personal, final book manuscript to connect the Civil Rights Movement to #BlackLivesMatter.

An additional festival treat will be an experiential presentation in immersive Virtual Reality (VR) by Dr. Paul Jackson, free and open to the public, at 2:00pm on Saturday afternoon in the Grand Hall.

Tickets for the Festival are available at Brown Paper Tickets. Mumford says they are still looking for volunteers to help with the Festival. Simply complete the contact form on Langston’s website and put “Film Festival Volunteer” in the Subject line.

And speaking of volunteers, Wokoma says Langston is looking for volunteers as well. In addition to Board members, they will need help marketing and fundraising, as well as staffing future programs. To volunteer, complete the contact form on Langston’s website and put “Volunteering” in the Subject line. Give the specific skills you’re offering in the Comments section of the website.