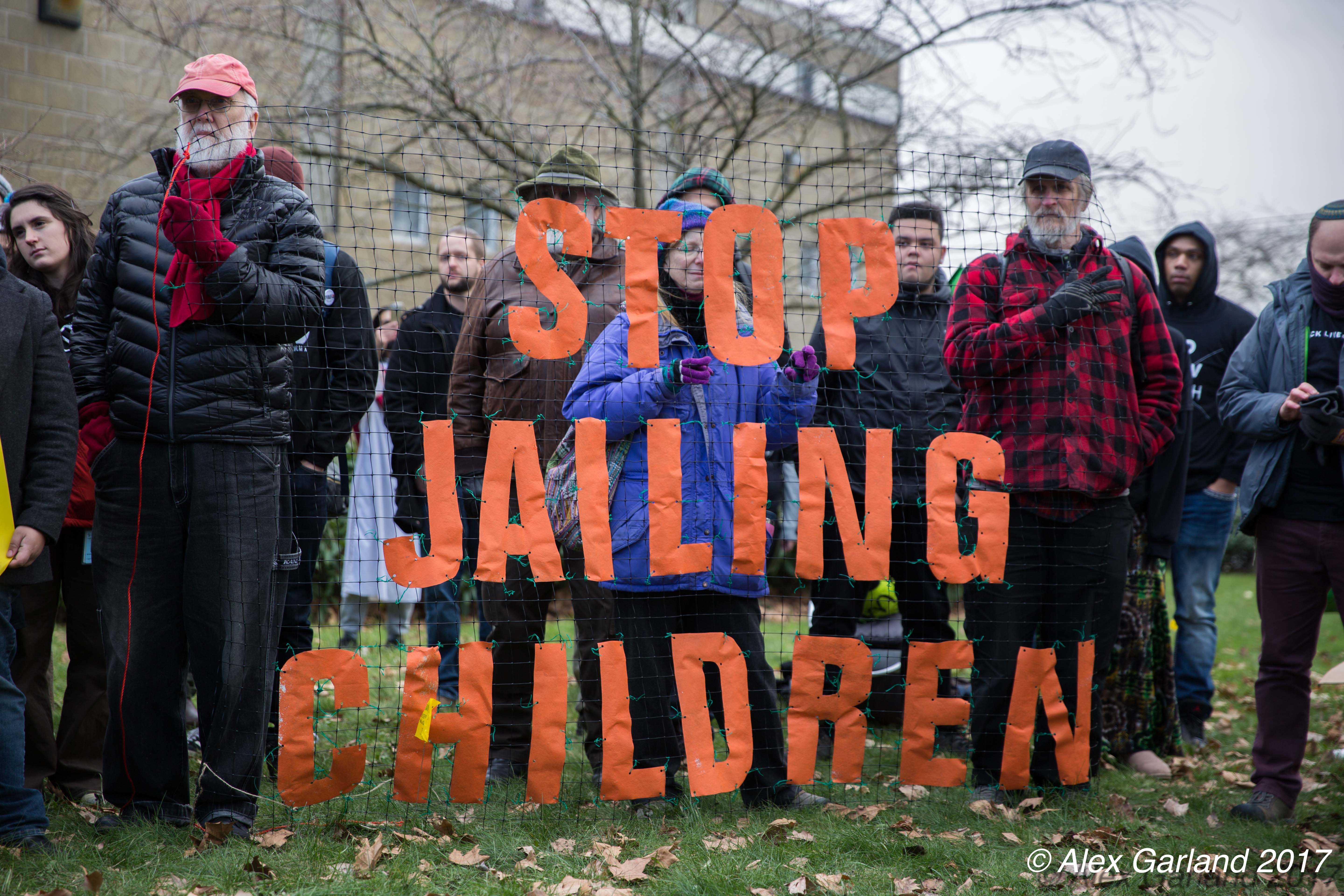 In the latest chapter of the ongoing saga of King County’s proposed  $210 million Children and Family Justice Center, the county has responded to a letter written Monday by Seattle Mayor Ed Murray addressed to King County Executive Dow Constantine and King County Superior Court Judge Laura Inveen. The letter requested that the county take a “second look” at the design plans for the facility, saying that “new evidence” and “the continued decline of incarcerated youth in our community” prompted his request.

The letter follows hot on the heels of an op-ed that that appeared in the Stranger on Tuesday morning written by Seattle Councilmember Bruce Harrell and King County Councilmember Rod Dembowski, in which Dembowski broke his silence on his opposition to the Center’s construction. Dembowski says there is currently “some flexibility” in how the County can approach replacing the Center and is calling on the Executive and the County Council to reassess the project while it is currently tied up in review at the Hearing Examiner’s office, an analysis expected to take several months to complete.

The dissenting opinions and letter exchanges amongst local officials come after nearly five years of protest, demonstrations, and legal campaigns by the No New Youth Jail Coalition, spearheaded by anti-racist groups including Ending the Prison Industrial Complex and Youth Undoing Institutional Racism. Though the new facility was approved by voters in 2012, the Coalition has continued to claim that the language in the ballot measure was misleading.

Murray, who had been noticeably silent on the issue of the $210 million complex, finally spoke out against the center after a holiday blitz of targeted protest against him that included a demonstration outside of his house.

On January 30, 2017 you wrote a letter to King County Executive Constantine and the court. You write “in the spirit of collaboration” a request to consider a “second look” at the facility design of the King County Children and Family Justice Center – a King County voter-approved facility that passed in 2012, and has been carefully vetted since. You ask King County to “convene a table for dialogue among various interests and perspectives to explore whether there are practical options or modification to consider … “King County has solicited the input of the community throughout the course of the project. Indeed, the King County Juvenile Justice Equity Steering committee was formed for this very purpose. Among its members are parents, youth, youth service providers and grass roots leaders. We have solicited its feedback, and have implemented all of its recommendations to date. We continue to meet, and will continue to listen and work on this important issue.

The Children and Family Justice Center will replace the aging and outdated Youth Services center with a trauma-informed facility for child welfare cases, juvenile offender and at-risk matters, as well as including a smaller detention center. A respectful and easy to navigate environment will link even more youth and families, court involved or not, with supportive services and non-profit organizations in their home communities. The new courthouse will include a daycare with free service to families with business at the CFJC, a resource center, confidential meeting spaces for providers and lawyers to meet with their clients, and more space for youth and family programs. It also brings in youth-related county services, which are currently housed in leased space. At the request of the community, it will offer its meeting space for after-hours use.

The design of the campus was created with substantial input from the neighbors. It will reconnect the grid pattern of the streets, will have bike and pedestrian paths, and 1.55 acres of public open space. The existing facility and its parking facilities are a blight on the neighborhood. We acknowledge there has been a vocal minority that has opposed the building, due to the fact that 20% of its budget will go to replacing the existing detention facility – a facility designed to hold over 200 youth. The new facility is currently designed for no more than 112 youth, and in all reality far fewer when you take account the need to classify and keep certain categories of youth apart from each other (e.g. girls from boys, young from old). These living units have the potential for conversion to other uses when not needed for detention. You may not be aware that the new facility was initially designed for 144 youth, but has been decreased in size after considering the input of the community including those opposed to the facility. Also, keep in mind this facility is designed for fifty years, so its design must take into account the demographics of a growing county.

Your letter implies that the electorate was uninformed of the negative effects of detention when it passed the county-wide levy in 2012 approving the Children and Family Justice Center, suggesting the research on the issue is only several years old. That research has been in existence for many years. It is for that reason that we as a court and county have worked tirelessly to use detention only as a last resort, and to develop alternatives to detention. King County is nationally recognized for its alternative programs and work in that area.

As a former legislator yourself, you likely are aware that counties with a population of over 50,000 are required by state law to have a detention facility. To the extent that such a facility is required, both by law and community safety needs, this new facility has been designed to address its negative impacts to the extent possible. Research has shown that some of the negative effects of detention relate to overcrowding and poor conditions. The new space will address those issues. It will also include improved education facilities, a library, medical facilities, and a gymnasium.

We are perplexed of your offer to reach out to national experts on this topic to tap into additional technical advice or guidance. You specifically refer to the Annie E. Casey Foundation. We have worked with the Annie E. Casey Foundation and its Juvenile Detention Alternatives Initiative (JDAI) for two decades. We began implementing its strategies on this issue in 1998 and became a formal JOAI site in 2004. They have provided extensive technical assistance, including recommendations which we have worked to implement. As recently as 2014, we approached them again for additional assistance. In the October 16, 2015 King County Juvenile Justice System Assessment prepared by JDAI consultants it was acknowledged that King County has one of the lowest incarceration rates in the nation. Sadly, it points out in that same report that “no juvenile court in America has been able to both reduce the number of youth and the percentage of youth of color incarcerated.” Its study noted that 42.1% of the population of youth referred to by police were Black youth, 50.1% of filed charges were against Black youth, and 50.7% detained were Black youth. Of course many of those referred youth were referred by the Seattle Police Department.

We are extraordinarily pleased to report that contrary to other jurisdictions referenced above, King County experienced a statistically significant decrease in the African American/Black detention population from 2015 to 2016. Due to our concerted efforts, the average daily population (ADP) for all racial and ethnic groups was reduced by 15.7%. Reduction in the ADP for Black youth was even more dramatic, decreasing by 28%. This represents an average of ten fewer African American or Black youth in detention per day than in 2015!

We appreciate your acknowledgement that the County Executive and the Judicial branch has more direct experience, expertise, and analysis on related facility needs and policy priorities. To the extent you do not have that same experience, we would like to invite you and staff who work with you to spend a day with our one of our juvenile court judges, so that you can obtain some firsthand knowledge. We look forward to arranging that for you at your earliest convenience.